The Cycles of the Moon
Page
2

Presentations / Astronomy / The Cycles of the Moon

The Sun is also producing tidal effects, about half as strong as the Moon.

Near Full and New Moon, those two effects add up to cause spring tides

Near first and third quarter, the two effects work at a right angle w.r.t. each other, causing neap tides. 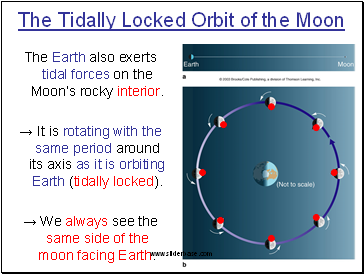 The Tidally Locked Orbit of the Moon

→ It is rotating with the same period around its axis as it is orbiting Earth (tidally locked).

→ We always see the same side of the moon facing Earth. 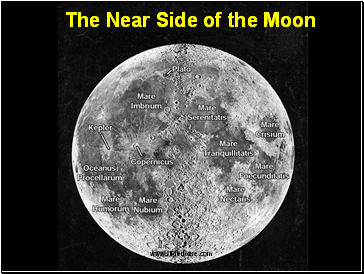 The Near Side of the Moon 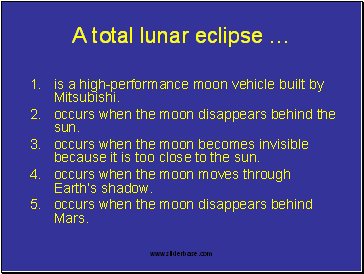 is a high-performance moon vehicle built by Mitsubishi.

occurs when the moon disappears behind the sun.

occurs when the moon becomes invisible because it is too close to the sun.

occurs when the moon moves through Earth’s shadow.

occurs when the moon disappears behind Mars. 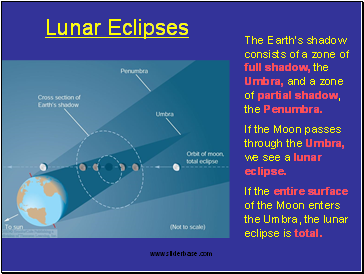 If the Moon passes through the Umbra, we see a lunar eclipse.

If the entire surface of the Moon enters the Umbra, the lunar eclipse is total. 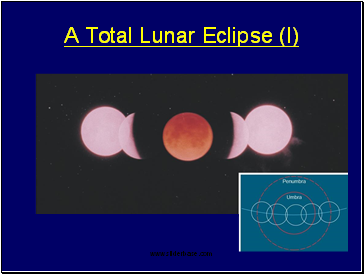 A Total Lunar Eclipse (I) 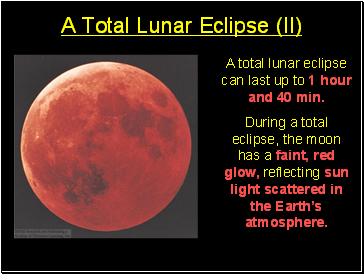 A total lunar eclipse can last up to 1 hour and 4 min.

During a total eclipse, the moon has a faint, red glow, reflecting sun light scattered in the Earth’s atmosphere. 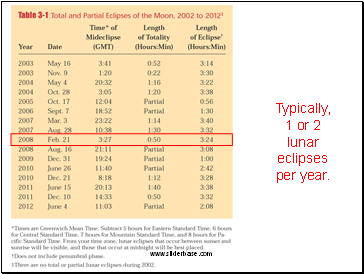 Typically, 1 or 2 lunar eclipses per year. 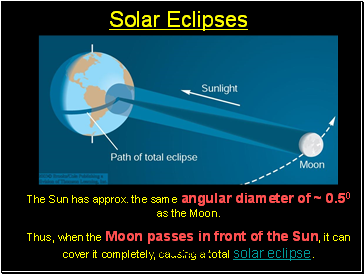 The Sun has approx. the same angular diameter of ~ .5 as the Moon.

Thus, when the Moon passes in front of the Sun, it can cover it completely, causing a total solar eclipse. 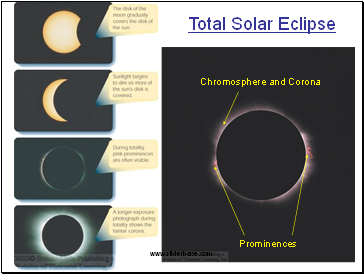 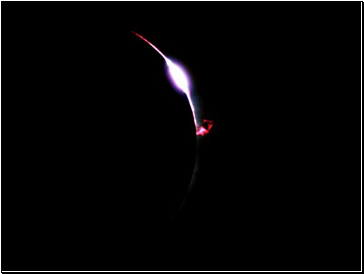 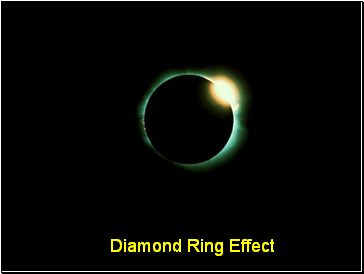 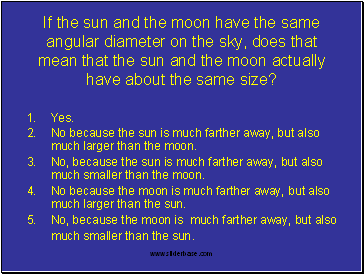