When the strong force can hold a nucleus together forever, the nucleus is stable.

If not, the nucleus becomes unstable and can break apart or decay by emitting particles and energy.

Large nuclei are more unstable; all with more than 83 protons are radioactive. 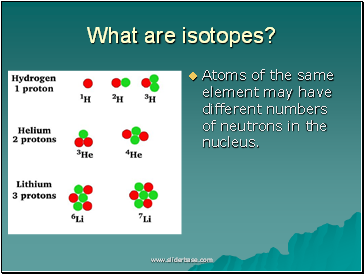 Atoms of the same element may have different numbers of neutrons in the nucleus. 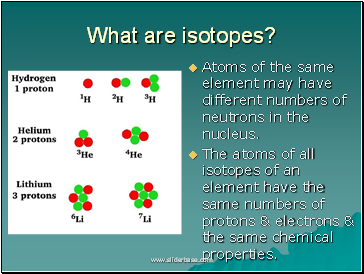 Atoms of the same element may have different numbers of neutrons in the nucleus.

The atoms of all isotopes of an element have the same numbers of protons & electrons & the same chemical properties. 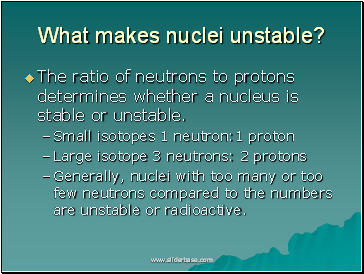 The ratio of neutrons to protons determines whether a nucleus is stable or unstable.

Generally, nuclei with too many or too few neutrons compared to the numbers are unstable or radioactive. 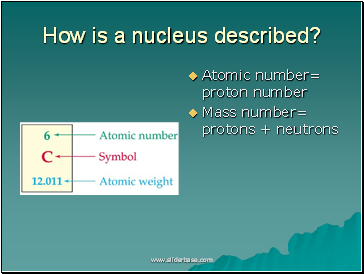 How is a nucleus described? 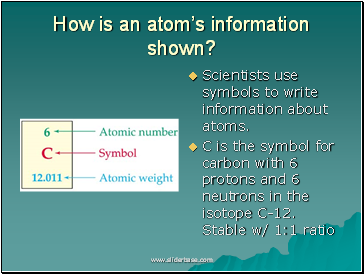 How is an atom’s information shown?

Scientists use symbols to write information about atoms.

C is the symbol for carbon with 6 protons and 6 neutrons in the isotope C-12. Stable w/ 1:1 ratio 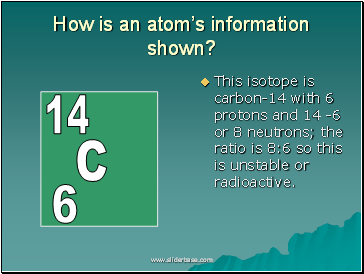 How is an atom’s information shown? 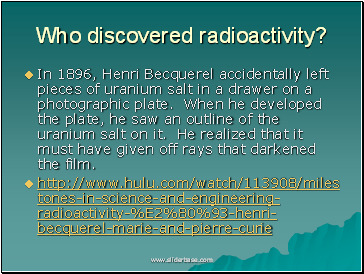 In 1896, Henri Becquerel accidentally left pieces of uranium salt in a drawer on a photographic plate. When he developed the plate, he saw an outline of the uranium salt on it. He realized that it must have given off rays that darkened the film. 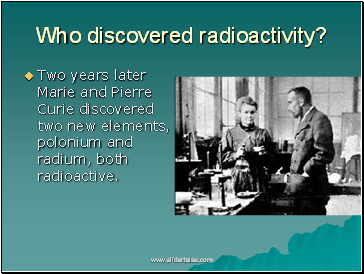 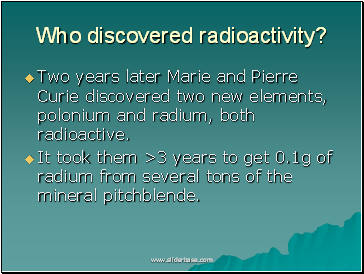