Many of the channels flowed into a basin called Acidalia Planitia, which is the dark area in the extreme north.

The three Tharsis volcanoes (dark red spots), each about 25 kilometers (16 miles) high, are visible to the west. 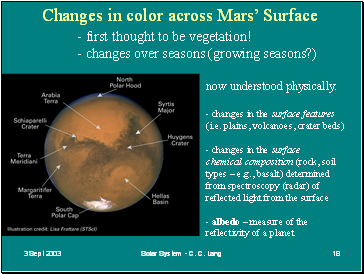 Changes in color across Mars’ Surface

- first thought to be vegetation!

- changes in the surface

- albedo – measure of the

reflectivity of a planet 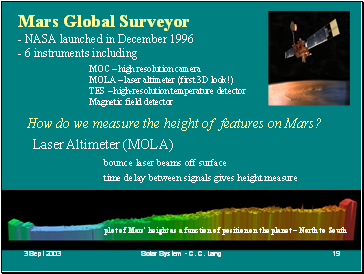 How do we measure the height of features on Mars? 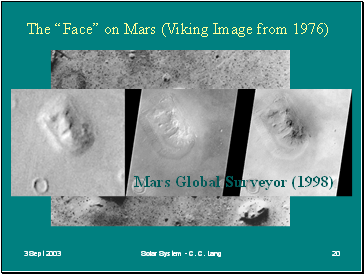 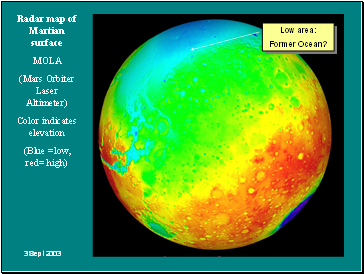 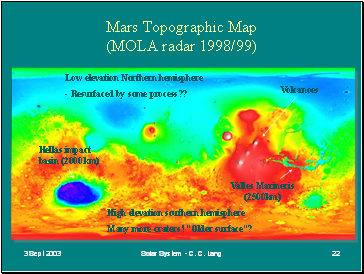 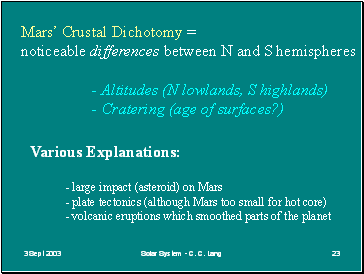 - plate tectonics (although Mars too small for hot core)

- volcanic eruptions which smoothed parts of the planet 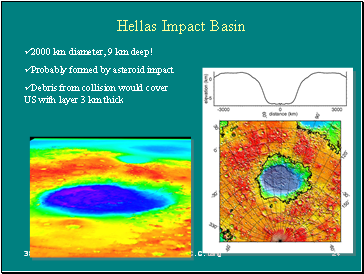 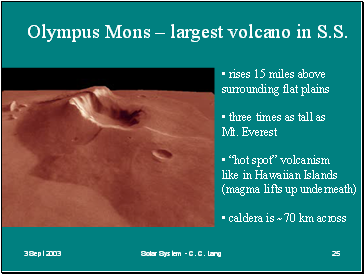 three times as tall as