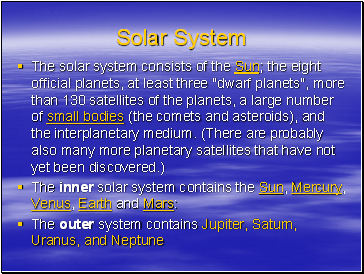 The solar system consists of the Sun; the eight official planets, at least three "dwarf planets", more than 130 satellites of the planets, a large number of small bodies (the comets and asteroids), and the interplanetary medium. (There are probably also many more planetary satellites that have not yet been discovered.) 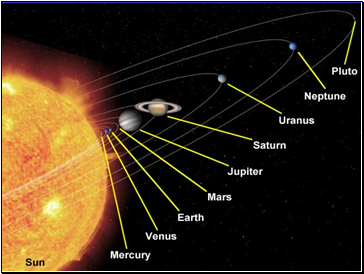 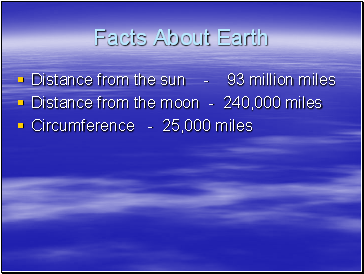 Distance from the sun - 93 million miles 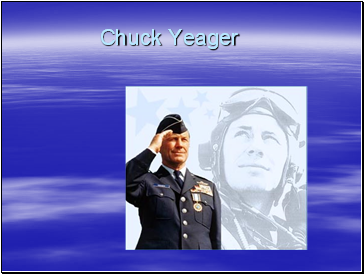 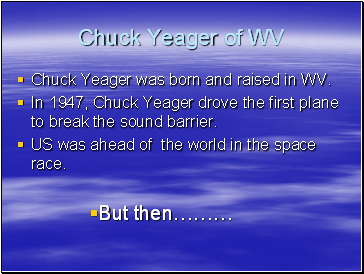 Chuck Yeager was born and raised in WV.

In 1947, Chuck Yeager drove the first plane to break the sound barrier.

US was ahead of the world in the space race. 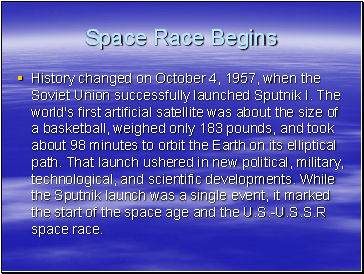 History changed on October 4, 1957, when the Soviet Union successfully launched Sputnik I. The world's first artificial satellite was about the size of a basketball, weighed only 183 pounds, and took about 98 minutes to orbit the Earth on its elliptical path. That launch ushered in new political, military, technological, and scientific developments. While the Sputnik launch was a single event, it marked the start of the space age and the U.S.-U.S.S.R space race. 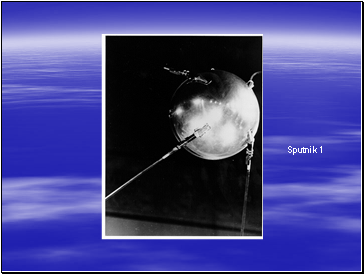 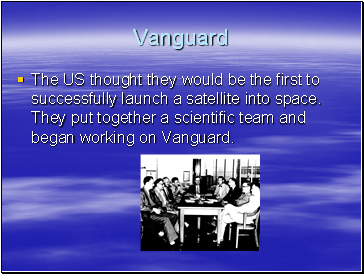 The US thought they would be the first to successfully launch a satellite into space. They put together a scientific team and began working on Vanguard. 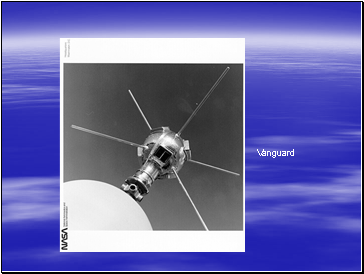 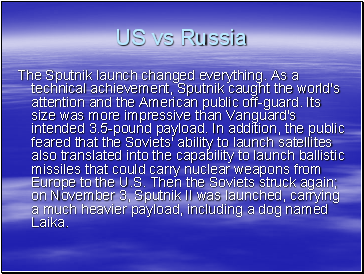 The Sputnik launch changed everything. As a technical achievement, Sputnik caught the world's attention and the American public off-guard. Its size was more impressive than Vanguard's intended 3.5-pound payload. In addition, the public feared that the Soviets' ability to launch satellites also translated into the capability to launch ballistic missiles that could carry nuclear weapons from Europe to the U.S. Then the Soviets struck again; on November 3, Sputnik II was launched, carrying a much heavier payload, including a dog named Laika.