Any hound a porcupine nudges

Can’t be blamed for harboring grudges.

I know one hound that laughed all winter

At a porcupine that sat on a splinter. 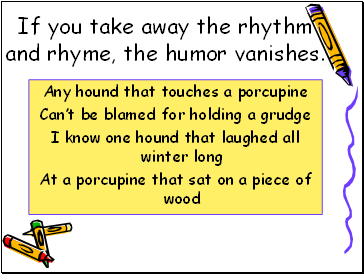 If you take away the rhyth and rhyme, the humor vanishes.

Any hound that touches a porcupine

Can’t be blamed for holding a grudge

I know one hound that laughed all winter long

At a porcupine that sat on a piece of wood 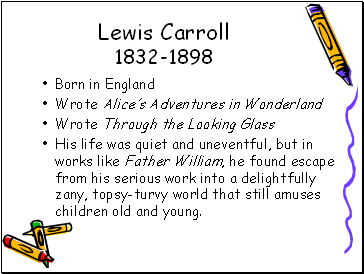 Wrote Through the Looking Glass

His life was quiet and uneventful, but in works like Father William, he found escape from his serious work into a delightfully zany, topsy-turvy world that still amuses children old and young. 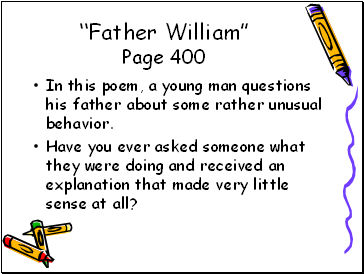 In this poem, a young man questions his father about some rather unusual behavior.

Have you ever asked someone what they were doing and received an explanation that made very little sense at all? 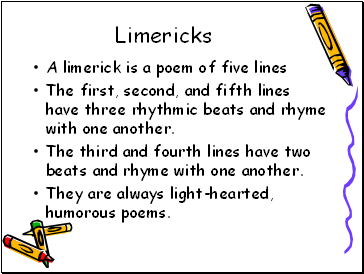 A limerick is a poem of five lines

The first, second, and fifth lines have three rhythic beats and rhyme with one another.

The third and fourth lines have two beats and rhyme with one another.

They are always light-hearted, humorous poems. 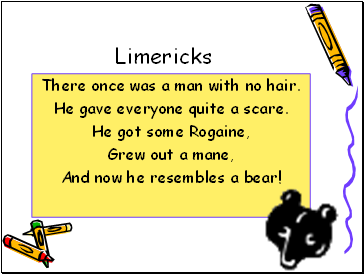 There once was a man with no hair.

He gave everyone quite a scare.

He got some Rogaine,

Grew out a mane,

And now he resembles a bear! 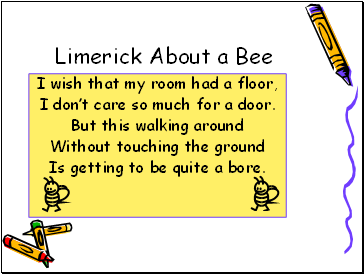 Limerick About a Bee

I wish that my room had a floor,

I don’t care so much for a door.

But this walking around

Without touching the ground

Is getting to be quite a bore. 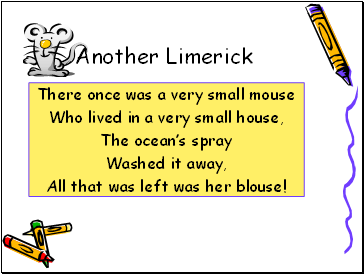 There once was a very small mouse

Who lived in a very small house,

All that was left was her blouse! 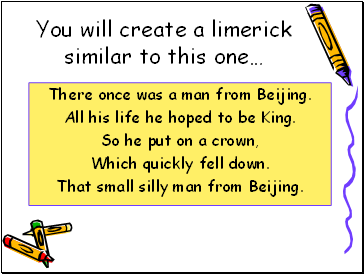 You will create a limerick similar to this one…

There once was a man from Beijing.

All his life he hoped to be King.

So he put on a crown,

Which quickly fell down.

That small silly man from Beijing. 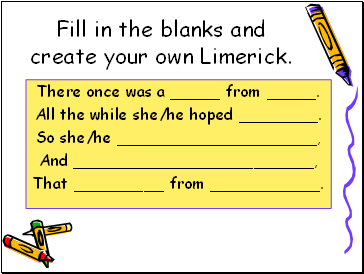 Fill in the blanks and create your own Limerick.