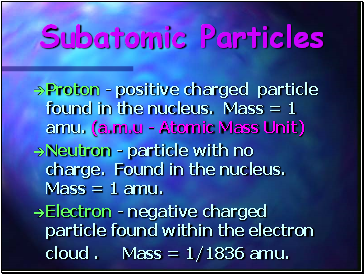 Neutron - particle with no charge. Found in the nucleus. Mass = 1 amu. 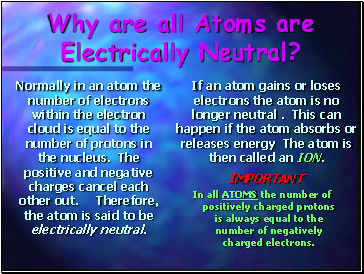 Why are all Atoms are Electrically Neutral?

Normally in an atom the number of electrons within the electron cloud is equal to the number of protons in the nucleus. The positive and negative charges cancel each other out. Therefore, the atom is said to be electrically neutral.

If an atom gains or loses electrons the atom is no longer neutral . This can happen if the atom absorbs or releases energy The atom is then called an ION. 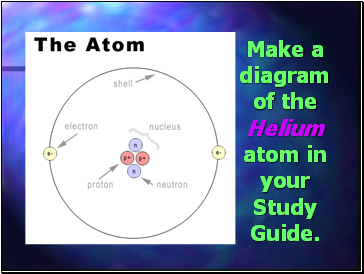 Make a diagram of the Helium atom in your Study Guide. 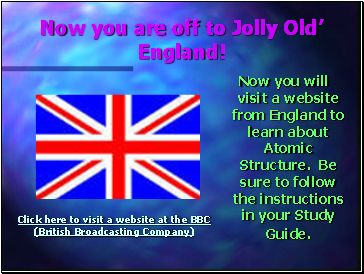 Now you are off to Jolly Old’ England!

Now you will visit a website from England to learn about Atomic Structure. Be sure to follow the instructions in your Study Guide. 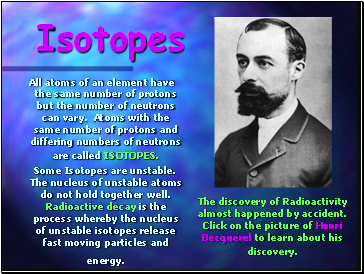 The discovery of Radioactivity almost happened by accident. Click on the picture of Henri Becquerel to learn about his discovery. 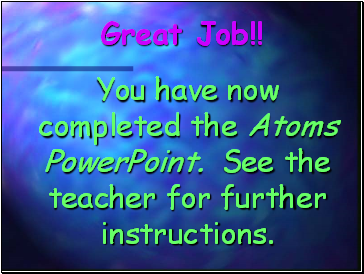 You have now completed the Atoms PowerPoint. See the teacher for further instructions.