Cross shore transport is a result of the water motions due to the waves and the undertow.

Here the sediment transport is perpendicular to the shore.

Important factors in determining the cross-shore transport of sand are

The ratio of wave height to wavelength

Physical parameters of the beach; 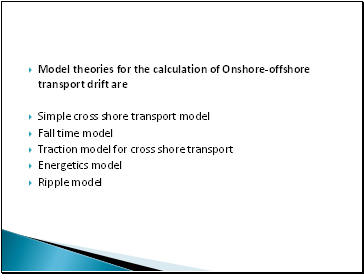 Model theories for the calculation of Onshore-offshore transport drift are 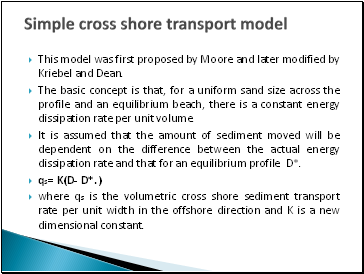 This model was first proposed by Moore and later modified by Kriebel and Dean.

The basic concept is that, for a uniform sand size across the profile and an equilibrium beach, there is a constant energy dissipation rate per unit volume.

It is assumed that the amount of sediment moved will be dependent on the difference between the actual energy dissipation rate and that for an equilibrium profile D*.

where qs is the volumetric cross shore sediment transport rate per unit width in the offshore direction and K is a new dimensional constant. 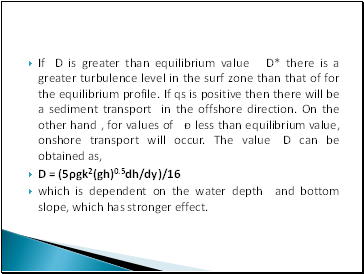 which is dependent on the water depth and bottom slope, which has stronger effect. 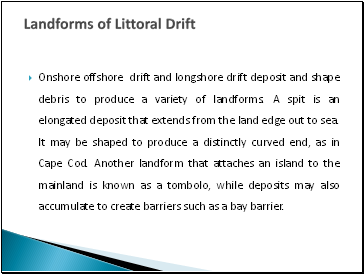 Onshore offshore drift and longshore drift deposit and shape debris to produce a variety of landforms. A spit is an elongated deposit that extends from the land edge out to sea. It may be shaped to produce a distinctly curved end, as in Cape Cod. Another landform that attaches an island to the mainland is known as a tombolo, while deposits may also accumulate to create barriers such as a bay barrier. 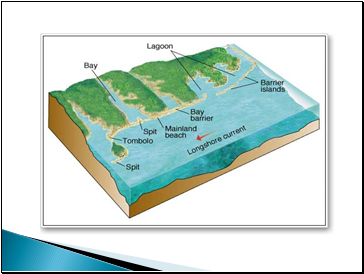 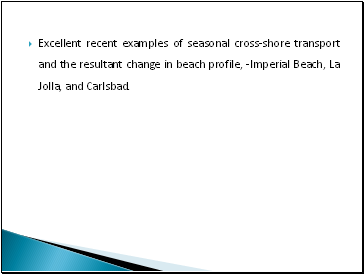 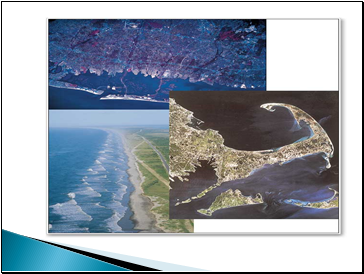