sand spit - low tongue of land or a relatively long, narrow shoal extending from the land. 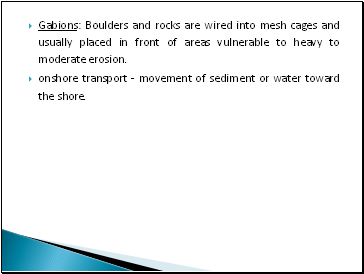 Gabions: Boulders and rocks are wired into mesh cages and usually placed in front of areas vulnerable to heavy to moderate erosion.

onshore transport - movement of sediment or water toward the shore. 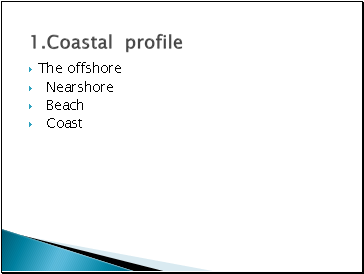 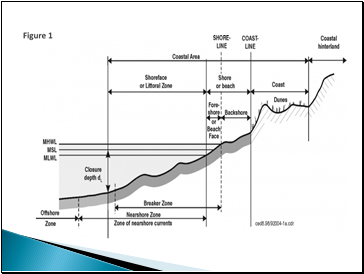 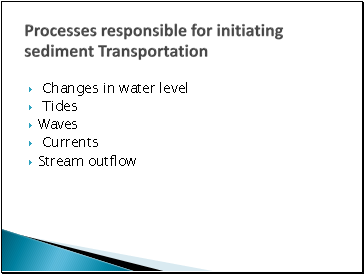 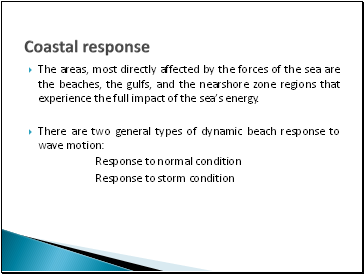 The areas, most directly affected by the forces of the sea are the beaches, the gulfs, and the nearshore zone regions that experience the full impact of the sea’s energy.

There are two general types of dynamic beach response to wave motion: 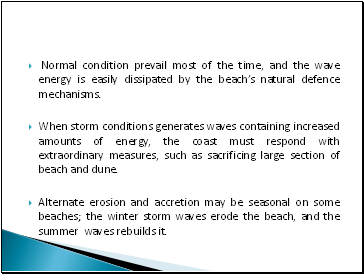 Normal condition prevail most of the time, and the wave energy is easily dissipated by the beach’s natural defence mechanisms.

When storm conditions generates waves containing increased amounts of energy, the coast must respond with extraordinary measures, such as sacrificing large section of beach and dune.

Alternate erosion and accretion may be seasonal on some beaches; the winter storm waves erode the beach, and the summer waves rebuilds it. 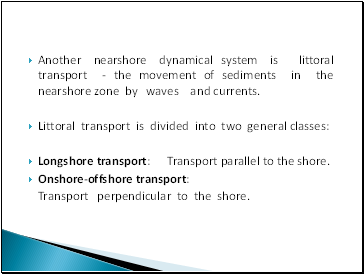 Another nearshore dynamical system is littoral transport - the movement of sediments in the nearshore zone by waves and currents.

Transport perpendicular to the shore. 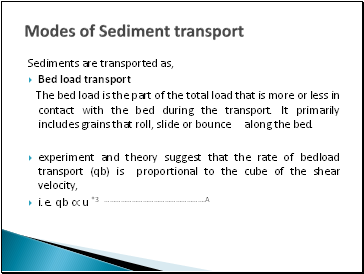 Sediments are transported as,

The bed load is the part of the total load that is more or less in contact with the bed during the transport. It primarily includes grains that roll, slide or bounce along the bed.

experiment and theory suggest that the rate of bedload transport (qb) is proportional to the cube of the shear velocity, 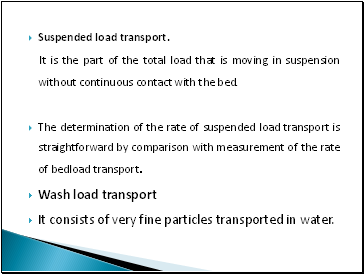