An earthquake's point of initial rupture is called its focus or hypocenter. The epicenter is the point at ground level directly above the hypocenter. 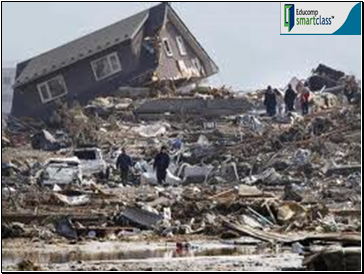 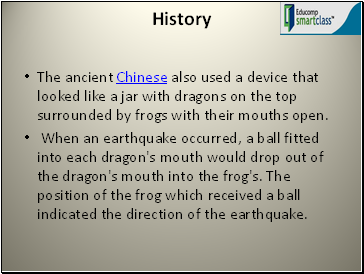 The ancient Chinese also used a device that looked like a jar with dragons on the top surrounded by frogs with their mouths open. 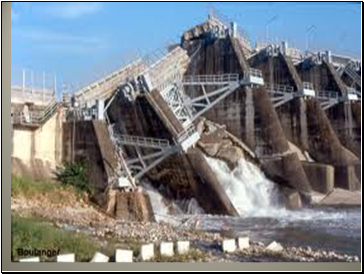 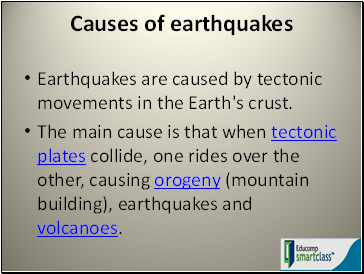 Earthquakes are caused by tectonic movements in the Earth's crust.

The main cause is that when tectonic plates collide, one rides over the other, causing orogeny (mountain building), earthquakes and volcanoes. 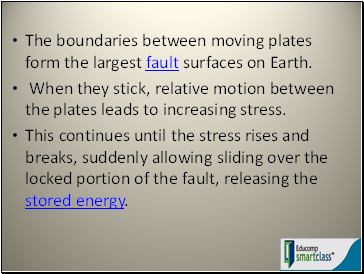 The boundaries between moving plates form the largest fault surfaces on Earth.

When they stick, relative motion between the plates leads to increasing stress.

This continues until the stress rises and breaks, suddenly allowing sliding over the locked portion of the fault, releasing the stored energy. 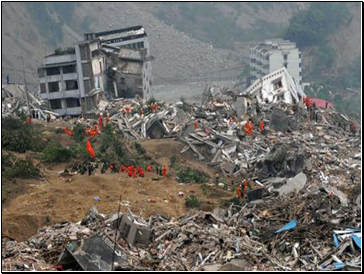 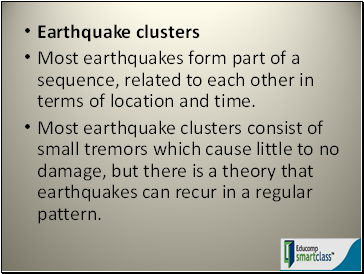 Most earthquakes form part of a sequence, related to each other in terms of location and time.

Most earthquake clusters consist of small tremors which cause little to no damage, but there is a theory that earthquakes can recur in a regular pattern. 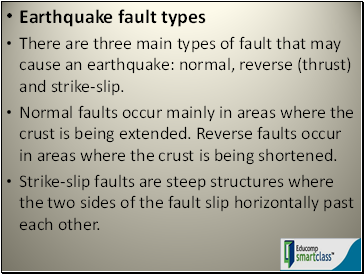 There are three main types of fault that may cause an earthquake: normal, reverse (thrust) and strike-slip.

Strike-slip faults are steep structures where the two sides of the fault slip horizontally past each other. 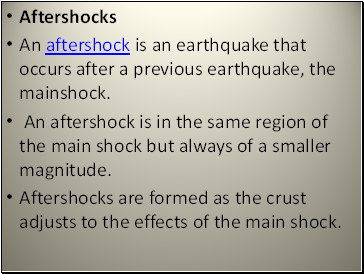 An aftershock is an earthquake that occurs after a previous earthquake, the mainshock.

An aftershock is in the same region of the main shock but always of a smaller magnitude.

Aftershocks are formed as the crust adjusts to the effects of the main shock. 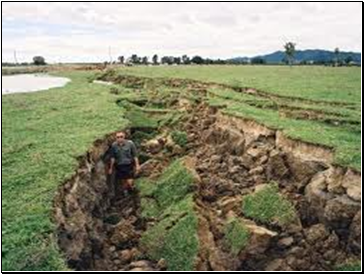