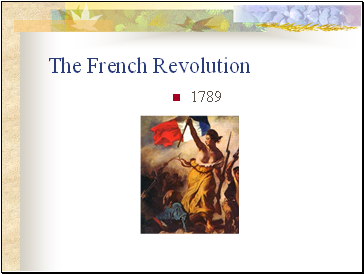 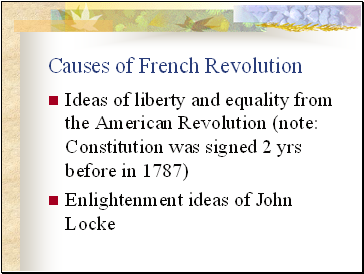 Ideas of liberty and equality from the American Revolution (note: Constitution was signed 2 yrs before in 1787) 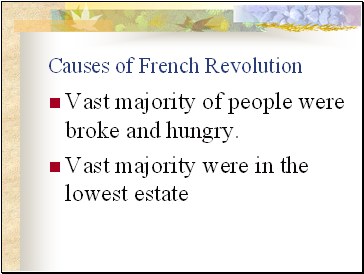 Vast majority of people were broke and hungry.

Vast majority were in the lowest estate 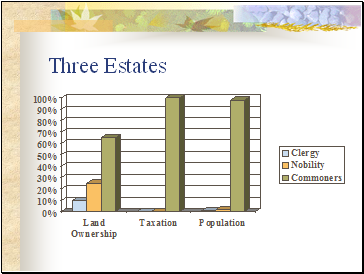 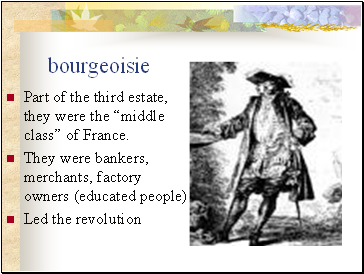 Part of the third estate, they were the “middle class” of France. 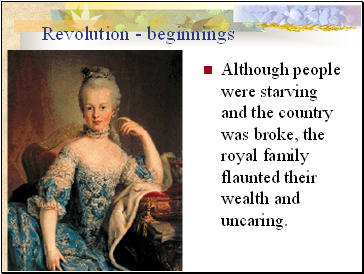 Although people were starving and the country was broke, the royal family flaunted their wealth and uncaring. 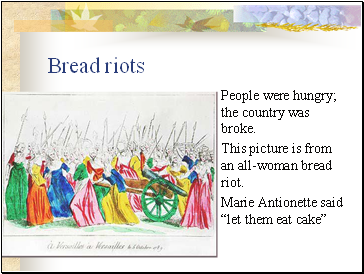 People were hungry; the country was broke.

This picture is from an all-woman bread riot. 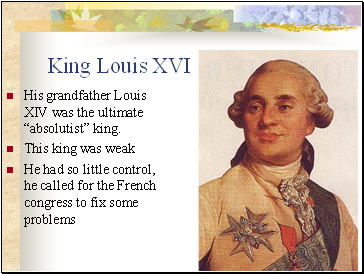 His grandfather Louis XIV was the ultimate “absolutist” king.

This king was weak

He had so little control, he called for the French congress to fix some problems 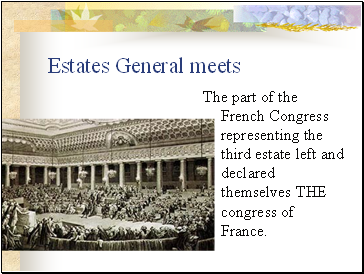 The part of the French Congress representing the third estate left and declared themselves THE congress of France. 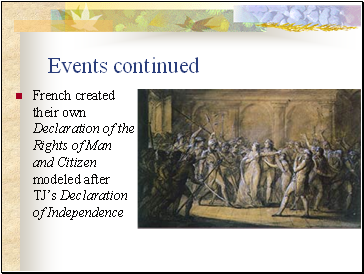 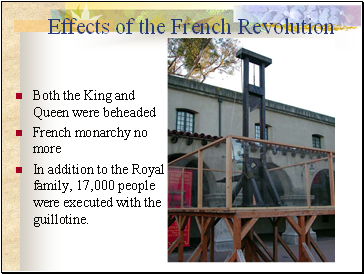 Effects of the French Revolution

Both the King and Queen were beheaded

In addition to the Royal family, 17,000 people were executed with the guillotine. 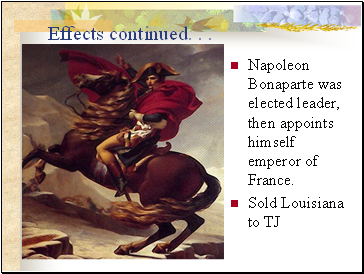 Napoleon Bonaparte was elected leader, then appoints himself emperor of France.