The effects of the Industrial Revolution
Page
2 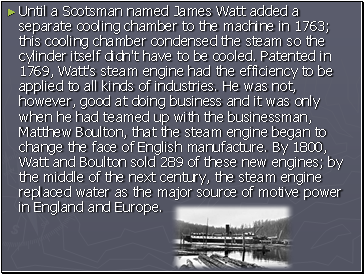 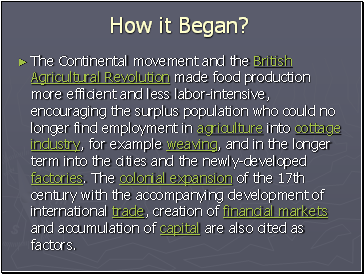 The Continental movement and the British Agricultural Revolution made food production more efficient and less labor-intensive, encouraging the surplus population who could no longer find employment in agriculture into cottage industry, for example weaving, and in the longer term into the cities and the newly-developed factories. The colonial expansion of the 17th century with the accompanying development of international trade, creation of financial markets and accumulation of capital are also cited as factors. 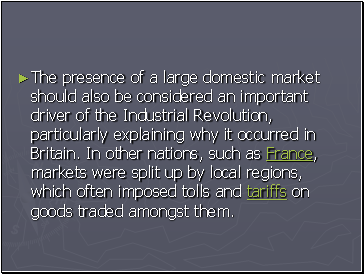 The presence of a large domestic market should also be considered an important driver of the Industrial Revolution, particularly explaining why it occurred in Britain. In other nations, such as France, markets were split up by local regions, which often imposed tolls and tariffs on goods traded amongst them.