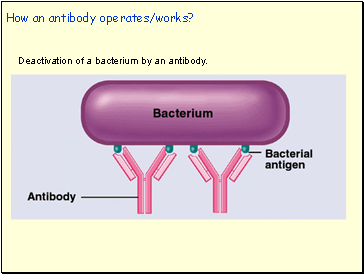 Deactivation of a bacterium by an antibody. 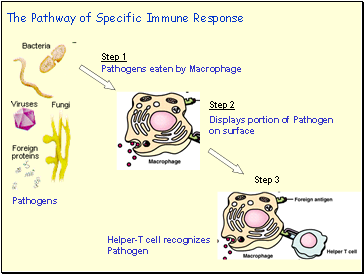 The Pathway of Specific Immune Response 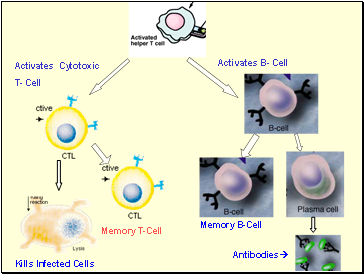 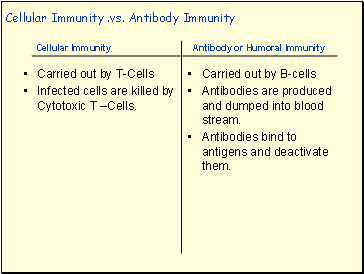 Carried out by T-Cells

Carried out by B-cells

Antibodies are produced and dumped into blood stream.

Antibodies bind to antigens and deactivate them. 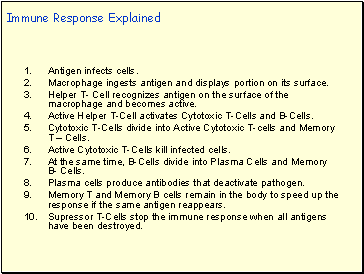 Macrophage ingests antigen and displays portion on its surface.

Helper T- Cell recognizes antigen on the surface of the macrophage and becomes active.

At the same time, B-Cells divide into Plasma Cells and Memory B- Cells.

Memory T and Memory B cells remain in the body to speed up the response if the same antigen reappears.

Supressor T-Cells stop the immune response when all antigens have been destroyed. 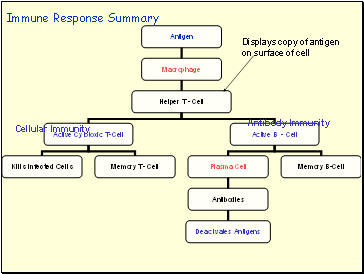 Displays copy of antigen on surface of cell 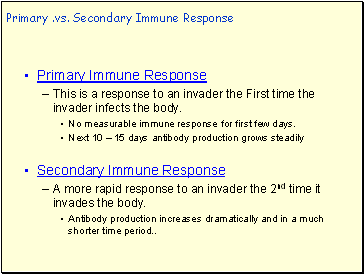 This is a response to an invader the First time the invader infects the body.

A more rapid response to an invader the 2nd time it invades the body.

Antibody production increases dramatically and in a much shorter time period 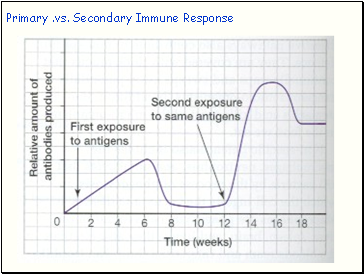 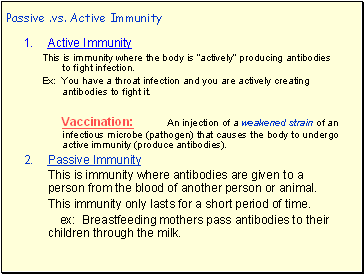 This is immunity where the body is “actively” producing antibodies to fight infection.

Ex: You have a throat infection and you are actively creating antibodies to fight it.