Part B: Refraction in water - ANSWERS

b Emerge; away from.

c Incident; a glass surface; no.

2 When light rays at an angle to the surface travel from a medium of low density to one of higher density, the light rays refract 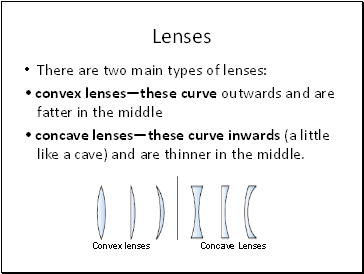 There are two main types of lenses:

• convex lenses—these curve outwards and are fatter in the middle

• concave lenses—these curve inwards (a little like a cave) and are thinner in the middle. 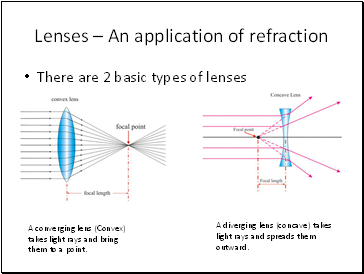 Lenses – An application of refraction

There are 2 basic types of lenses

them to a point. 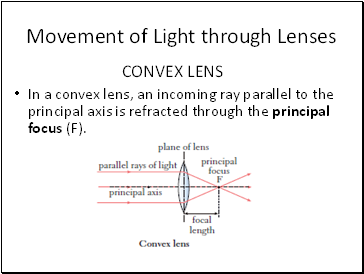 Movement of Light through Lenses 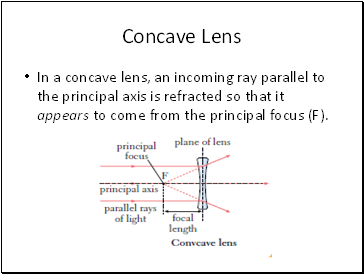 In a concave lens, an incoming ray parallel to the principal axis is refracted so that it appears to come from the principal focus (F). 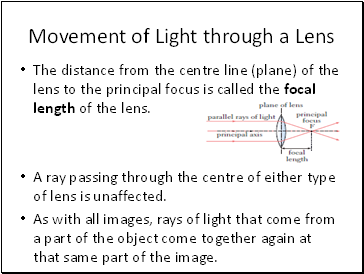 Movement of Light through a Lens

The distance from the centre line (plane) of the lens to the principal focus is called the focal length of the lens.

A ray passing through the centre of either type of lens is unaffected.

As with all images, rays of light that come from a part of the object come together again at that same part of the image. 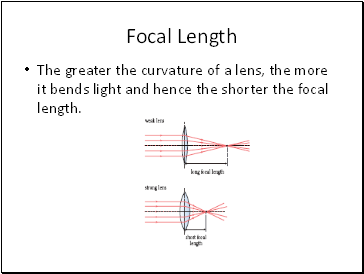 The greater the curvature of a lens, the more it bends light and hence the shorter the focal length. 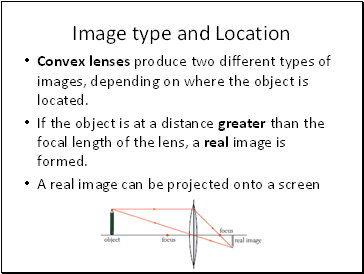 Convex lenses produce two different types of images, depending on where the object is located.

If the object is at a distance greater than the focal length of the lens, a real image is formed.

A real image can be projected onto a screen 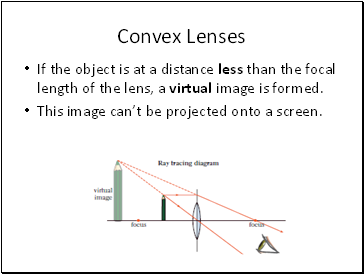 If the object is at a distance less than the focal length of the lens, a virtual image is formed.

This image can’t be projected onto a screen. 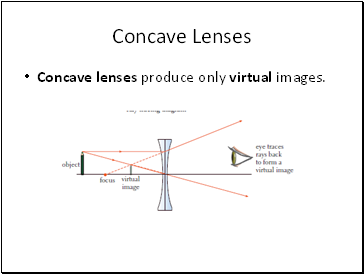