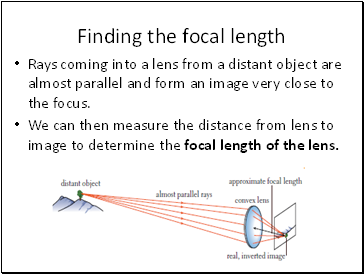 Rays coming into a lens from a distant object are almost parallel and form an image very close to the focus.

We can then measure the distance from lens to image to determine the focal length of the lens. 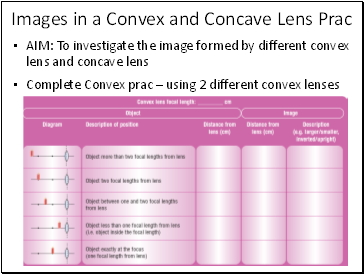 Images in a Convex and Concave Lens Prac

AIM: To investigate the image formed by different convex lens and concave lens 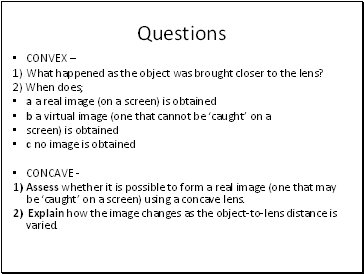 1) What happened as the object was brought closer to the lens?

a a real image (on a screen) is obtained

b a virtual image (one that cannot be ‘caught’ on a

c no image is obtained

1) Assess whether it is possible to form a real image (one that may be ‘caught’ on a screen) using a concave lens.

2) Explain how the image changes as the object-to-lens distance is varied. 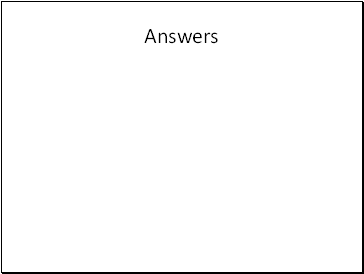 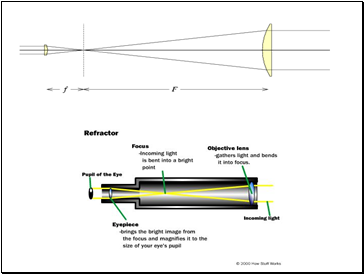 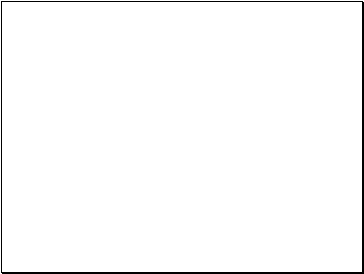 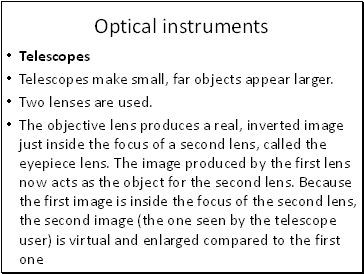 The thinner the first lens (objective lens), the larger the first image. But thin lenses have longer focal lengths—this is why telescopes are long instruments. 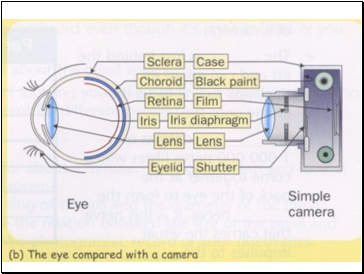 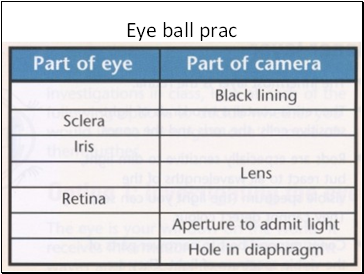