E.g. ABO blood grouping system, where a single gene locus features multiple alleles- IA, IB, and i. Individuals carrying alleles for both A and B express both in the phenotype AB. 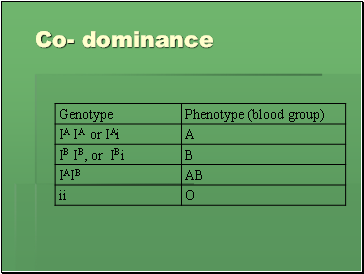 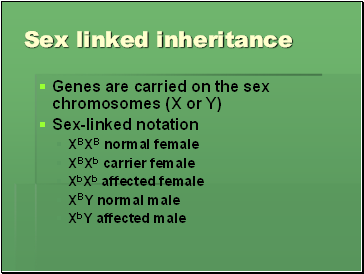 Genes are carried on the sex chromosomes (X or Y) 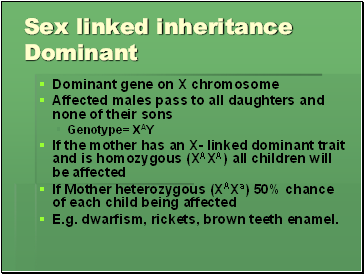 Affected males pass to all daughters and none of their sons

If Mother heterozygous (XAXa) 50% chance of each child being affected 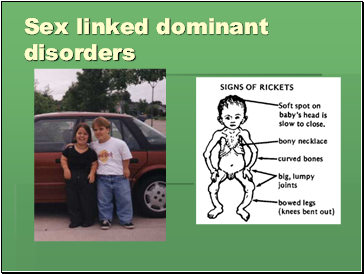 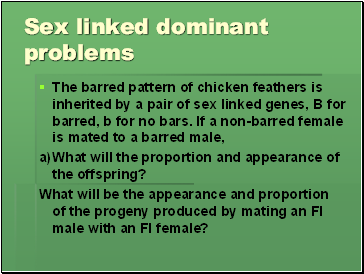 The barred pattern of chicken feathers is inherited by a pair of sex linked genes, B for barred, b for no bars. If a non-barred female is mated to a barred male,

a) What will the proportion and appearance of the offspring?

What will be the appearance and proportion of the progeny produced by mating an Fl male with an Fl female? 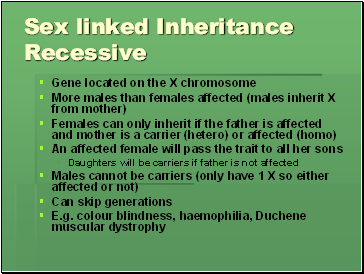 Gene located on the X chromosome

An affected female will pass the trait to all her sons

Daughters will be carriers if father is not affected 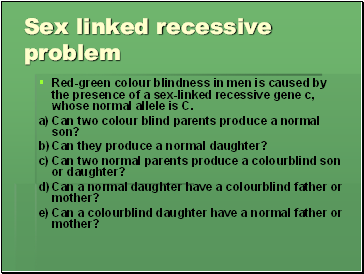 Red-green colour blindness in men is caused by the presence of a sex-linked recessive gene c, whose normal allele is C.

a) Can two colour blind parents produce a normal son?

b) Can they produce a normal daughter?

d) Can a normal daughter have a colourblind father or mother?

e) Can a colourblind daughter have a normal father or mother?