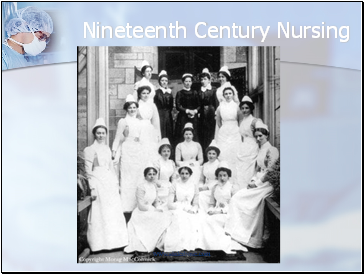 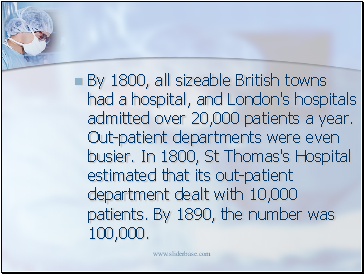 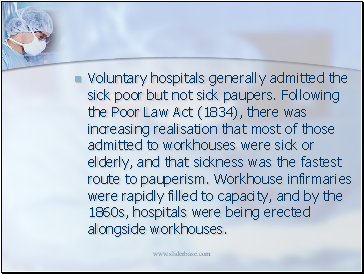 Voluntary hospitals generally admitted the sick poor but not sick paupers. Following the Poor Law Act (1834), there was increasing realisation that most of those admitted to workhouses were sick or elderly, and that sickness was the fastest route to pauperism. Workhouse infirmaries were rapidly filled to capacity, and by the 1860s, hospitals were being erected alongside workhouses. 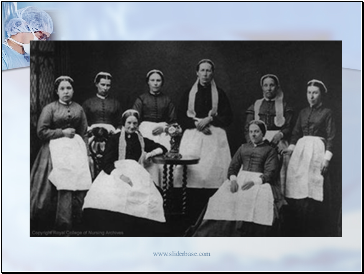 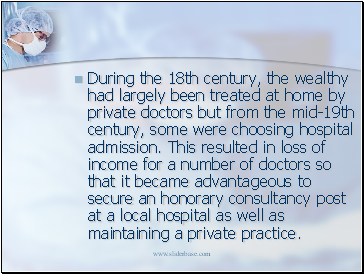 During the 18th century, the wealthy had largely been treated at home by private doctors but from the mid-19th century, some were choosing hospital admission. This resulted in loss of income for a number of doctors so that it became advantageous to secure an honorary consultancy post at a local hospital as well as maintaining a private practice. 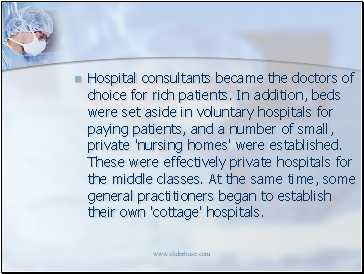 Hospital consultants became the doctors of choice for rich patients. In addition, beds were set aside in voluntary hospitals for paying patients, and a number of small, private 'nursing homes' were established. These were effectively private hospitals for the middle classes. At the same time, some general practitioners began to establish their own 'cottage' hospitals. 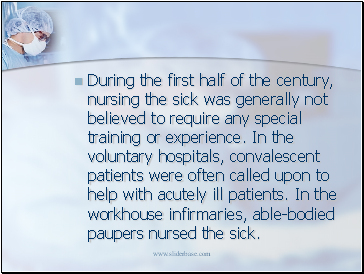 During the first half of the century, nursing the sick was generally not believed to require any special training or experience. In the voluntary hospitals, convalescent patients were often called upon to help with acutely ill patients. In the workhouse infirmaries, able-bodied paupers nursed the sick. 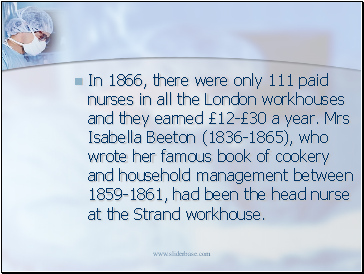 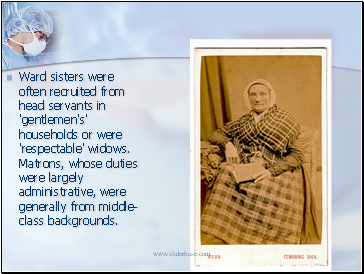 Ward sisters were often recruited from head servants in 'gentlemen's' households or were 'respectable' widows. Matrons, whose duties were largely administrative, were generally from middle-class backgrounds.