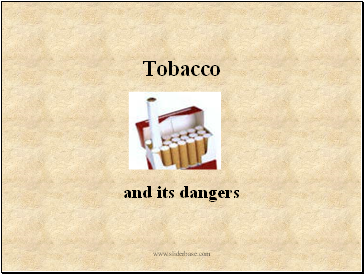 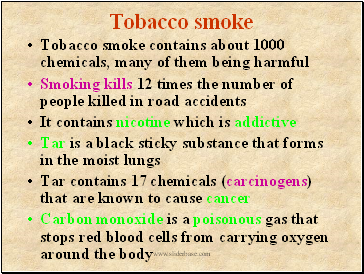 Tobacco smoke contains about 1000 chemicals, many of them being harmful

It contains nicotine which is addictive

Tar contains 17 chemicals (carcinogens) that are known to cause cancer 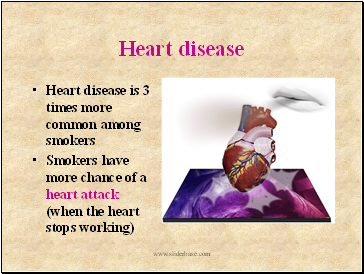 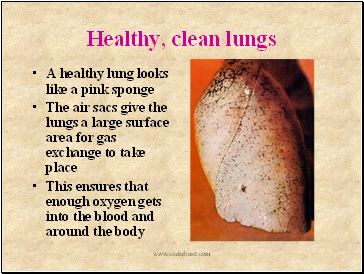 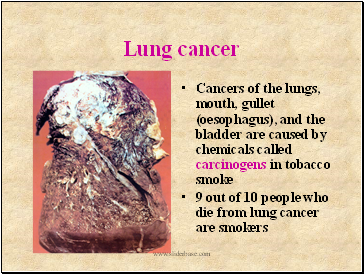 Cancers of the lungs, mouth, gullet (oesophagus), and the bladder are caused by chemicals called carcinogens in tobacco smoke 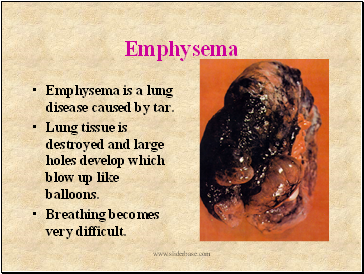 Emphysema is a lung disease caused by tar.

Lung tissue is destroyed and large holes develop which blow up like balloons. 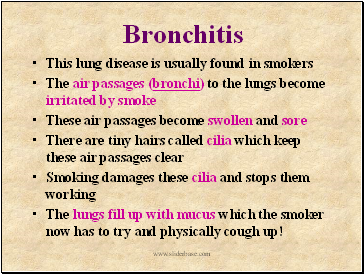 This lung disease is usually found in smokers

The air passages (bronchi) to the lungs become irritated by smoke

Smoking damages these cilia and stops them working

The lungs fill up with mucus which the smoker now has to try and physically cough up! 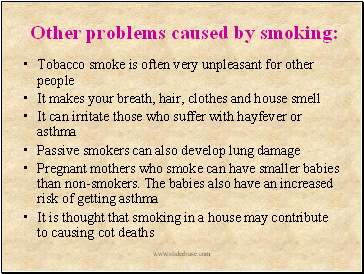 Other problems caused by smoking:

Tobacco smoke is often very unpleasant for other people

It makes your breath, hair, clothes and house smell

It can irritate those who suffer with hayfever or astha

Pregnant mothers who smoke can have smaller babies than non-smokers. The babies also have an increased risk of getting astha