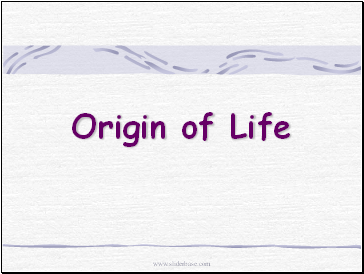 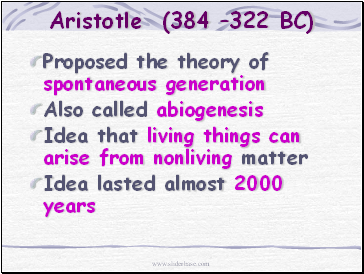 Proposed the theory of spontaneous generation

Idea that living things can arise from nonliving matter 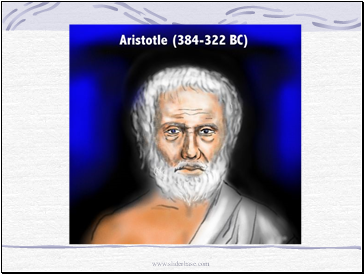 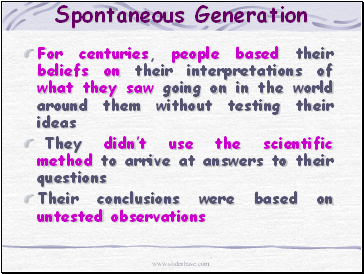 For centuries, people based their beliefs on their interpretations of what they saw going on in the world around them without testing their ideas

Their conclusions were based on untested observations 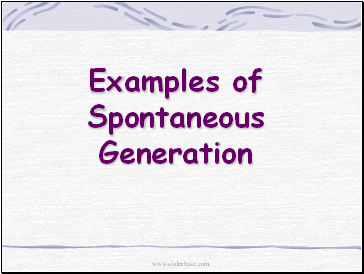 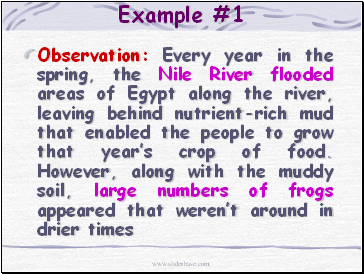 Observation: Every year in the spring, the Nile River flooded areas of Egypt along the river, leaving behind nutrient-rich mud that enabled the people to grow that year’s crop of food. However, along with the muddy soil, large numbers of frogs appeared that weren’t around in drier times 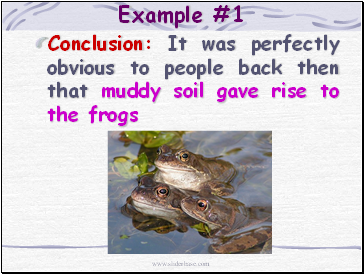 Conclusion: It was perfectly obvious to people back then that muddy soil gave rise to the frogs 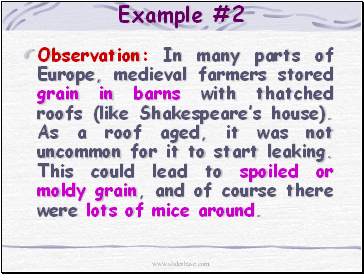 Observation: In many parts of Europe, medieval farmers stored grain in barns with thatched roofs (like Shakespeare’s house). As a roof aged, it was not uncommon for it to start leaking. This could lead to spoiled or moldy grain, and of course there were lots of mice around. 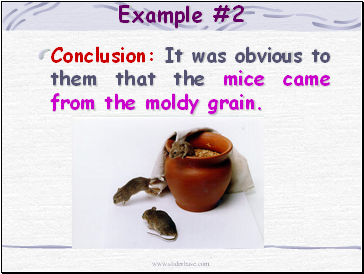 Conclusion: It was obvious to them that the mice came from the moldy grain. 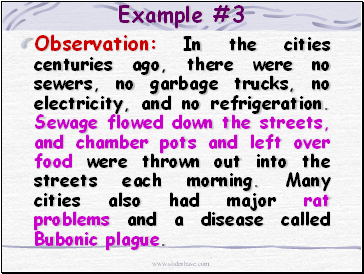 Observation: In the cities centuries ago, there were no sewers, no garbage trucks, no electricity, and no refrigeration. Sewage flowed down the streets, and chamber pots and left over food were thrown out into the streets each morning. Many cities also had major rat problems and a disease called Bubonic plague. 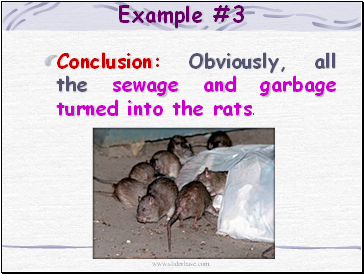 Conclusion: Obviously, all the sewage and garbage turned into the rats. 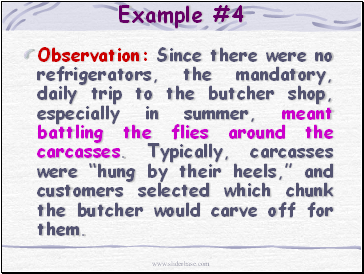