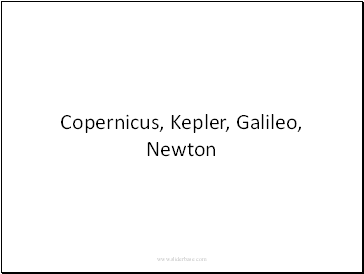 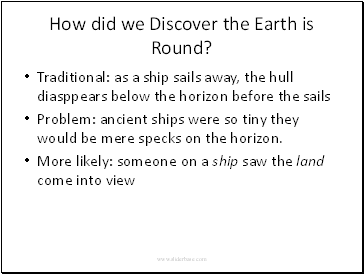 How did we Discover the Earth is Round?

Traditional: as a ship sails away, the hull diasppears below the horizon before the sails

Problem: ancient ships were so tiny they would be mere specks on the horizon.

More likely: someone on a ship saw the land come into view

e Earth is Round? 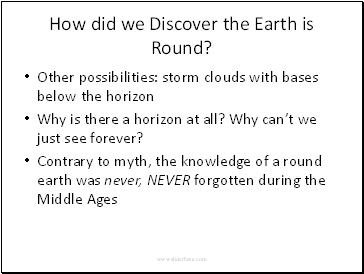 How did we Disco

Other possibilities: storm clouds with bases below the horizon

Why is there a horizon at all? Why can’t we just see forever?

Contrary to myth, the knowledge of a round earth was never, NEVER forgotten during the Middle Ages

ver the Earth is Round? 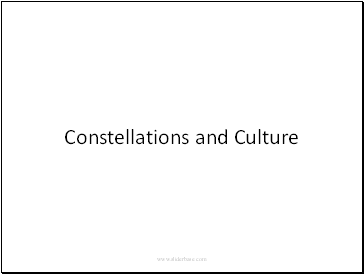 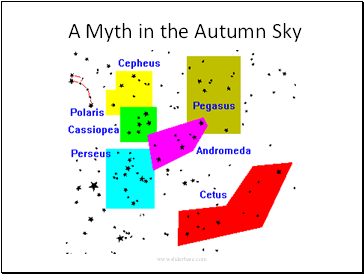 A Myth in the Autumn Sky 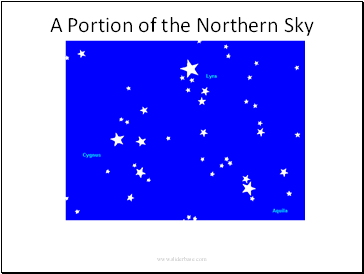 A Portion of the Northern Sky 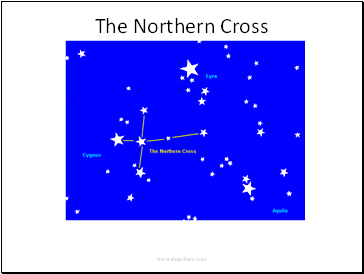 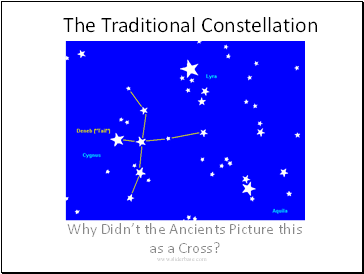 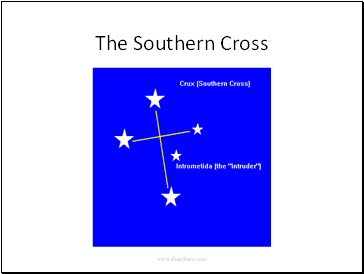 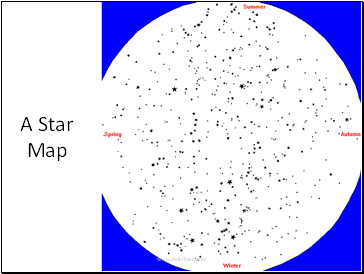 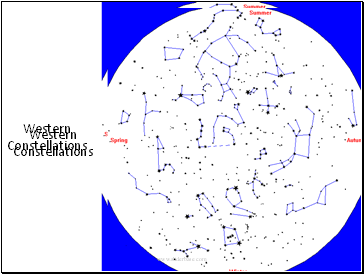 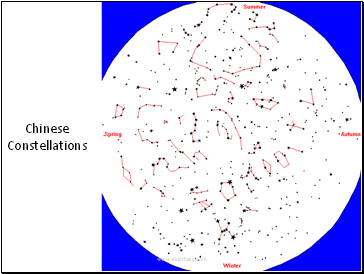 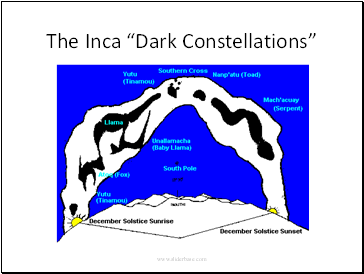 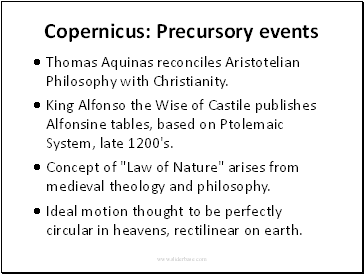 ·Concept of "Law of Nature" arises from medieval theology and philosophy.

·Ideal motion thought to be perfectly circular in heavens, rectilinear on earth. 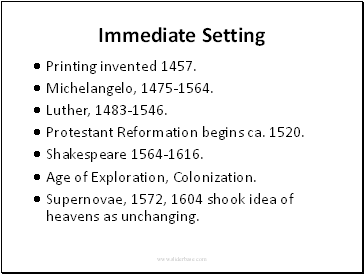