Euclid’s assumptions were about mathematical objects.

Ptolemy’s assumptions were about the physical world.

Matters of judgement and decision. 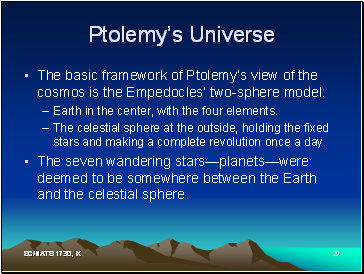 The basic framework of Ptolemy’s view of the cosmos is the Empedocles’ two-sphere model:

Earth in the center, with the four elements.

The celestial sphere at the outside, holding the fixed stars and making a complete revolution once a day.

The seven wandering stars—planets—were deemed to be somewhere between the Earth and the celestial sphere. 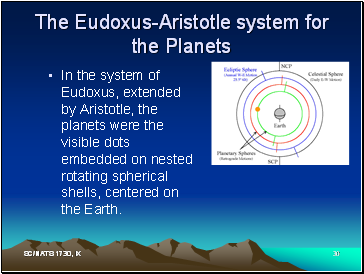 The Eudoxus-Aristotle system for the Planets

In the system of Eudoxus, extended by Aristotle, the planets were the visible dots embedded on nested rotating spherical shells, centered on the Earth. 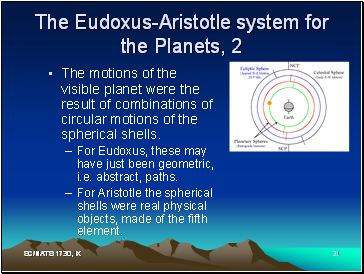 The Eudoxus-Aristotle system for the Planets, 2

For Eudoxus, these may have just been geometric, i.e. abstract, paths.

For Aristotle the spherical shells were real physical objects, made of the fifth element. 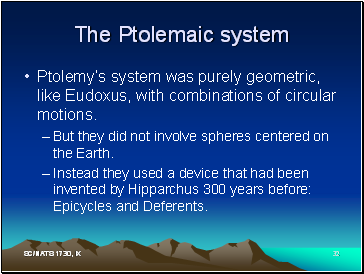 Ptolemy’s system was purely geometric, like Eudoxus, with combinations of circular motions.

But they did not involve spheres centered on the Earth.

Instead they used a device that had been invented by Hipparchus 300 years before: Epicycles and Deferents. 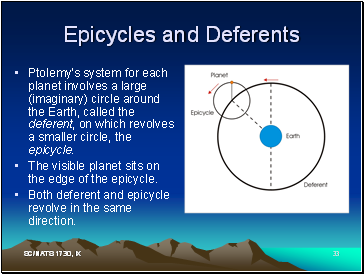 Ptolemy’s system for each planet involves a large (imaginary) circle around the Earth, called the deferent, on which revolves a smaller circle, the epicycle.

The visible planet sits on the edge of the epicycle.

Both deferent and epicycle revolve in the same direction. 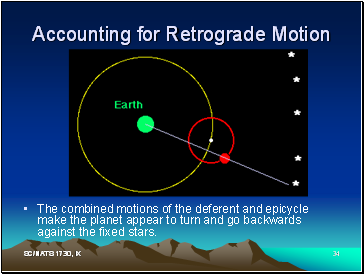 The combined motions of the deferent and epicycle make the planet appear to turn and go backwards against the fixed stars. 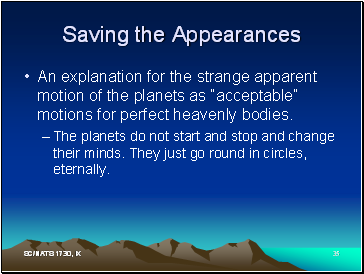 An explanation for the strange apparent motion of the planets as “acceptable” motions for perfect heavenly bodies.

The planets do not start and stop and change their minds. They just go round in circles, eternally. 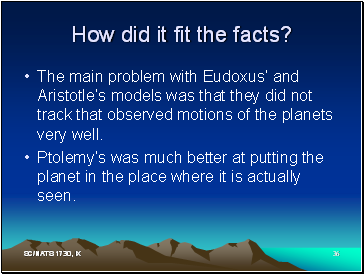 How did it fit the facts?