The Properties of Our Sun
Page
2

Presentations / Astronomy / The Properties of Our Sun

Journey from the Sun’s core to the edge of its ‘atmosphere.’

See where its light originates.

See what the different regions of the Sun are like.

See how energy in the core makes it to the light we see on Earth. 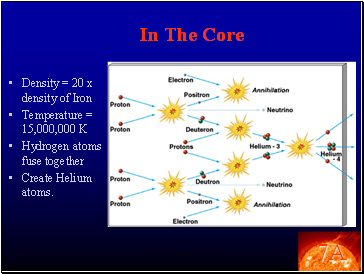 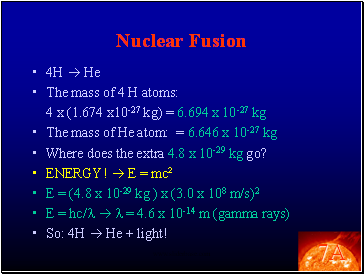 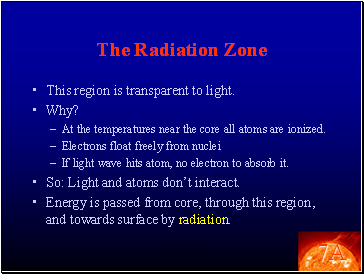 This region is transparent to light.

At the temperatures near the core all atoms are ionized.

If light wave hits atom, no electron to absorb it.

So: Light and atoms don’t interact.

Energy is passed from core, through this region, and towards surface by radiation. 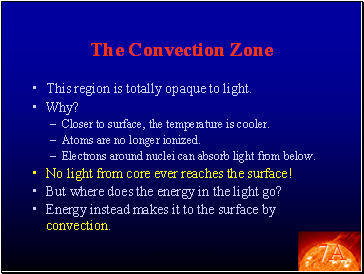 This region is totally opaque to light.

Closer to surface, the temperature is cooler.

Atoms are no longer ionized.

Electrons around nuclei can absorb light from below.

No light from core ever reaches the surface!

But where does the energy in the light go?

Energy instead makes it to the surface by convection. 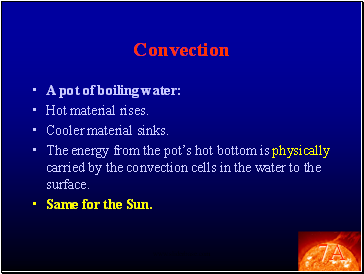 A pot of boiling water:

The energy from the pot’s hot bottom is physically carried by the convection cells in the water to the surface.

Same for the Sun. 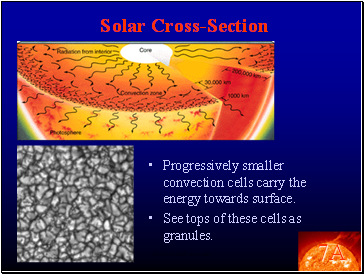 See tops of these cells as granules. 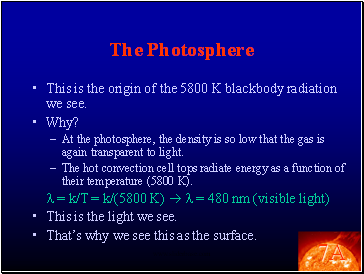 This is the origin of the 5800 K blackbody radiation we see.

At the photosphere, the density is so low that the gas is again transparent to light.

The hot convection cell tops radiate energy as a function of their temperature (5800 K).

This is the light we see.

That’s why we see this as the surface.