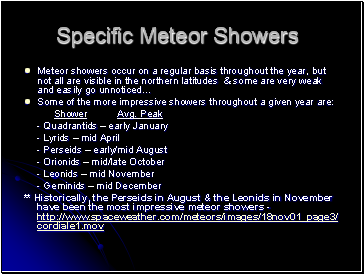 Meteor showers occur on a regular basis throughout the year, but not all are visible in the northern latitudes & some are very weak and easily go unnoticed…

Some of the more impressive showers throughout a given year are: 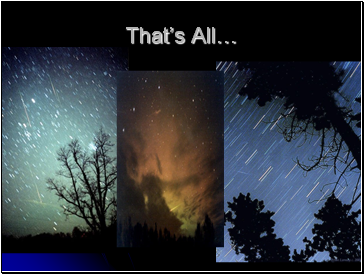 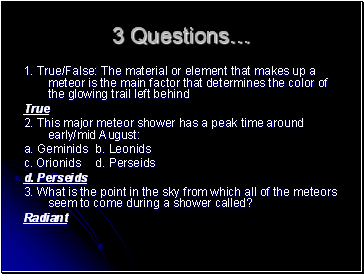 1. True/False: The material or element that makes up a meteor is the main factor that determines the color of the glowing trail left behind

2. This major meteor shower has a peak time around early/mid August:

a. Geminids b. Leonids

3. What is the point in the sky from which all of the meteors seem to come during a shower called? 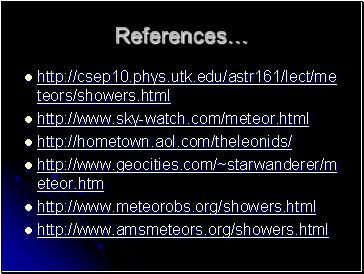