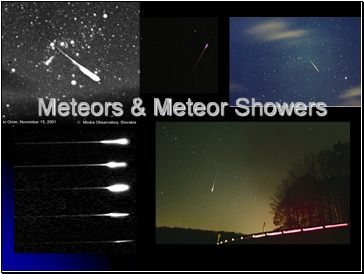 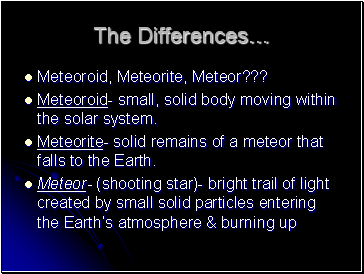 Meteorite- solid remains of a meteor that falls to the Earth. 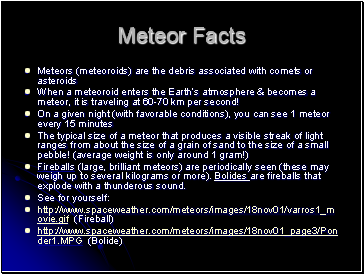 Meteors (meteoroids) are the debris associated with comets or asteroids

When a meteoroid enters the Earth’s atmosphere & becomes a meteor, it is traveling at 60-70 km per second!

On a given night (with favorable conditions), you can see 1 meteor every 15 minutes

The typical size of a meteor that produces a visible streak of light ranges from about the size of a grain of sand to the size of a small pebble! (average weight is only around 1 gram!)

Fireballs (large, brilliant meteors) are periodically seen (these may weigh up to several kilograms or more). Bolides are fireballs that explode with a thunderous sound. 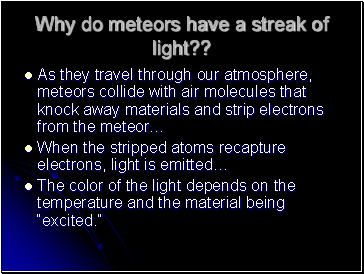 Why do meteors have a streak of light??

As they travel through our atmosphere, meteors collide with air molecules that knock away materials and strip electrons from the meteor…

When the stripped atoms recapture electrons, light is emitted…

The color of the light depends on the temperature and the material being “excited.” 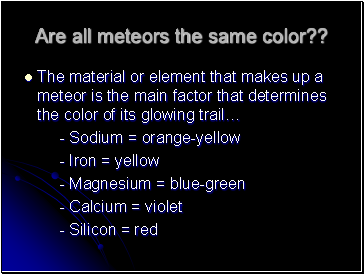 Are all meteors the same color?? 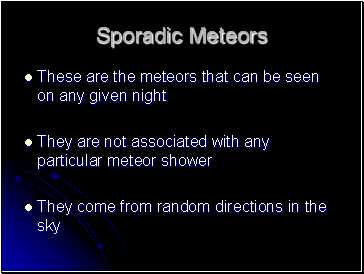 They are not associated with any particular meteor shower

They come from random directions in the sky 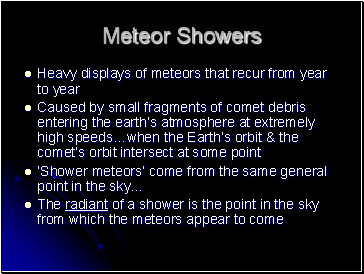 Heavy displays of meteors that recur from year to year

‘Shower meteors’ come from the same general point in the sky… 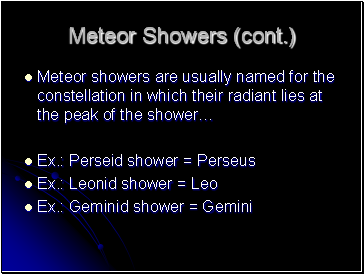