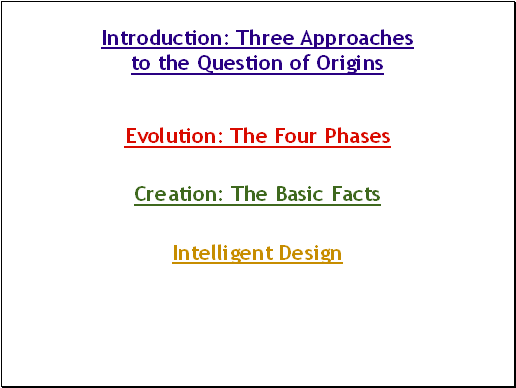 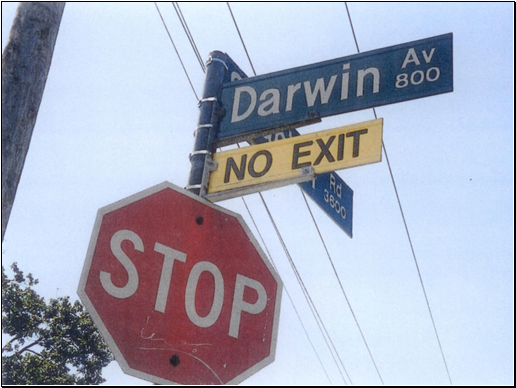 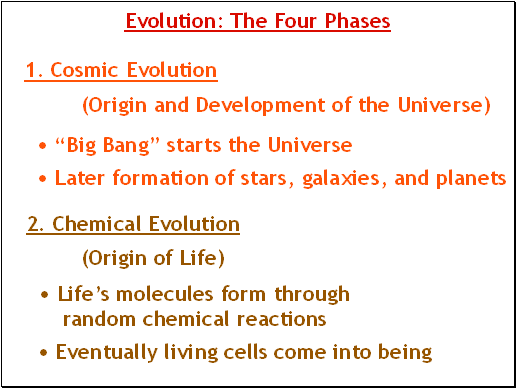 Eventually living cells come into being 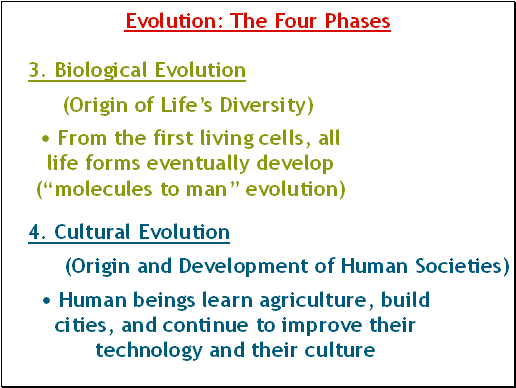 Human beings learn agriculture, build cities, and continue to improve their technology and their culture 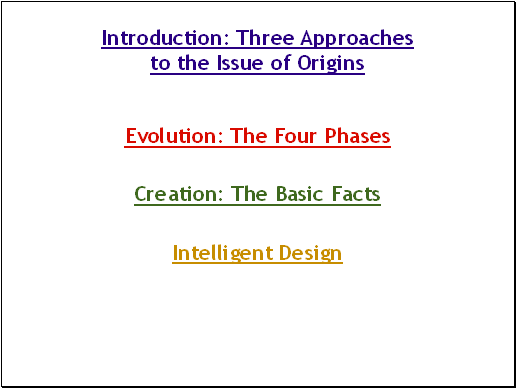 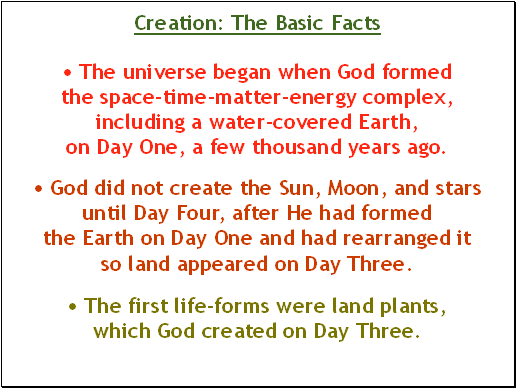 The universe began when God formed

the space-time-matter-energy complex, including a water-covered Earth,

on Day One, a few thousand years ago

God did not create the Sun, Moon, and stars until Day Four, after He had formed

the Earth on Day One and had rearranged it

so land appeared on Day Three.

The first life-forms were land plants,

which God created on Day Three. 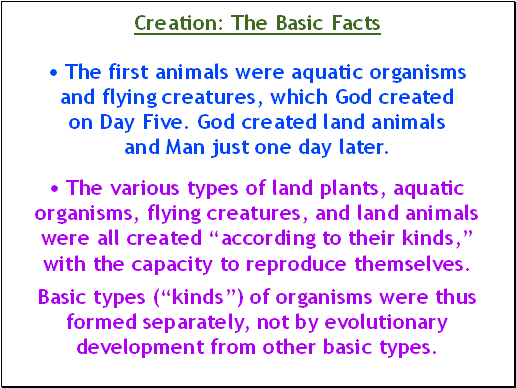 The first animals were aquatic organisms and flying creatures, which God created

and Man just one day later.

The various types of land plants, aquatic organisms, flying creatures, and land animals were all created “according to their kinds,” with the capacity to reproduce themselves.

Basic types (“kinds”) of organisms were thus formed separately, not by evolutionary development from other basic types. 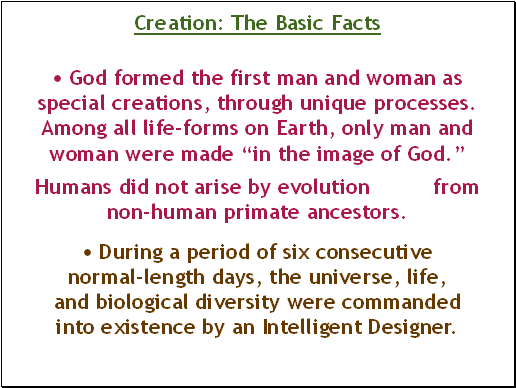 God formed the first man and woman as special creations, through unique processes. Among all life-forms on Earth, only man and woman were made “in the image of God.”

Humans did not arise by evolution from non-human primate ancestors

During a period of six consecutive

and biological diversity were commanded

into existence by an Intelligent Designer. 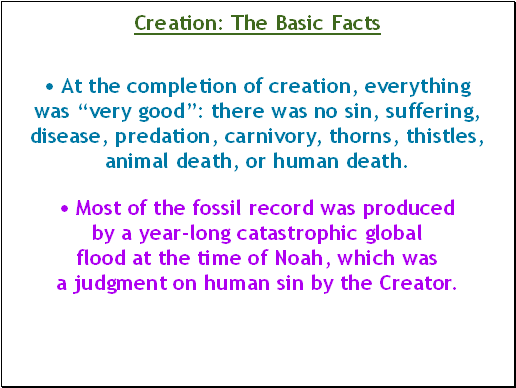 At the completion of creation, everything was “very good”: there was no sin, suffering, disease, predation, carnivory, thorns, thistles, animal death, or human death