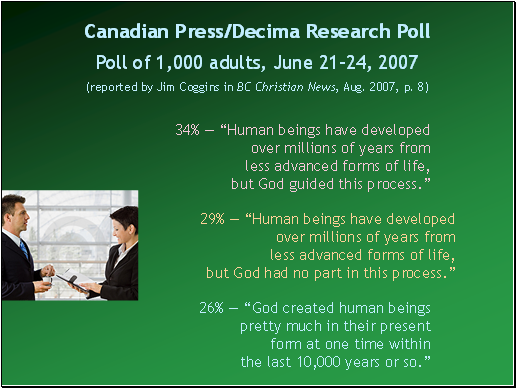 34% — “Human beings have developed over millions of years from

but God guided this process

29% — “Human beings have developed over millions of years from

but God had no part in this process.”

pretty much in their present

form at one time within 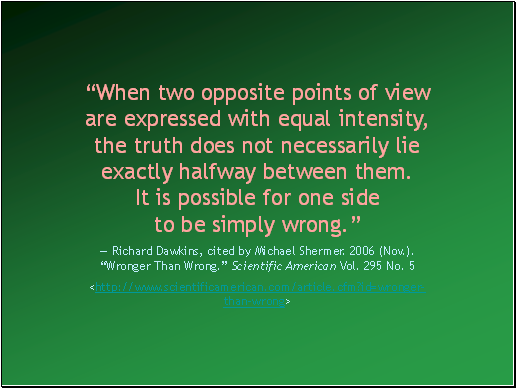 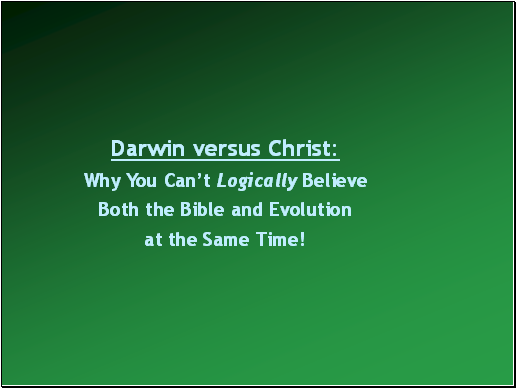 at the Same Time! 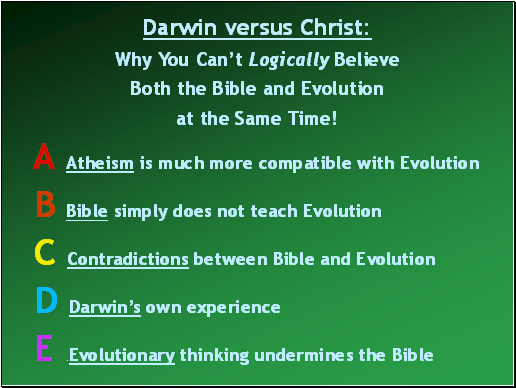 at the Same Tim

A Atheism is much more compatible with Evolutione!

B Bible simply does not teach Evolution

C Contradictions between Bible and Evolution 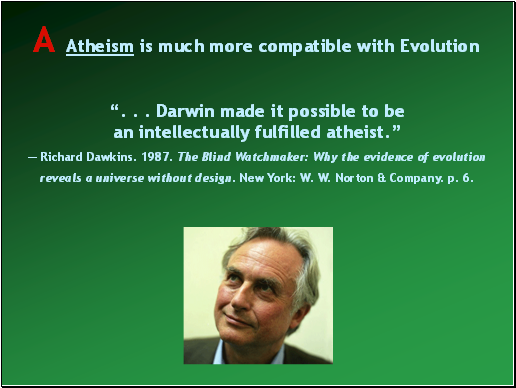 — Richard Dawkins. 1987. The Blind Watchmaker: Why the evidence of evolution 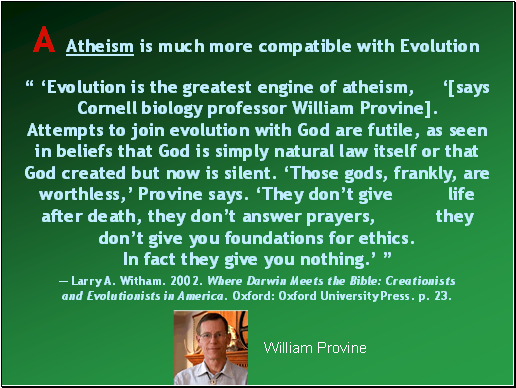 Evolution is the greatest engine of atheism

Attempts to join evolution with God are futile, as seen in beliefs that God is simply natural law itself or that God created but now is silent. ‘Those gods, frankly, are worthless,’ Provine says. ‘They don’t give life after death, they don’t answer prayers, they don’t give you foundations for ethics.

In fact they give you nothing.’ ” 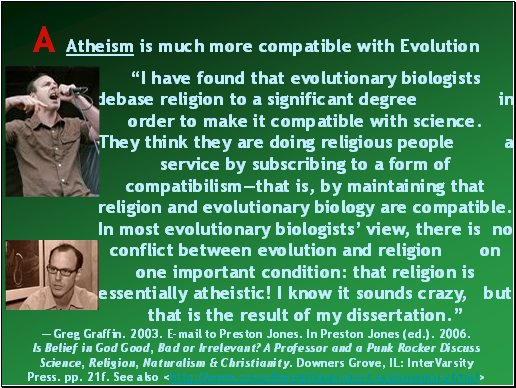 “I have found that evolutionary biologists debase religion to a significant degree in order to make it compatible with science.

They think they are doing religious people a service by subscribing to a form of compatibilism—that is, by maintaining that religion and evolutionary biology are compatible.

In most evolutionary biologists’ view, there is no conflict between evolution and religion on one important condition: that religion is essentially atheistic! I know it sounds crazy, but that is the result of my dissertation.” 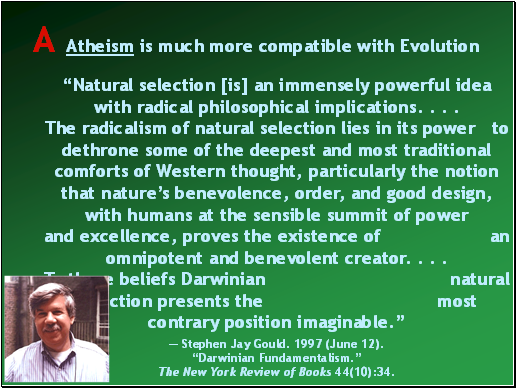 Atheism is much more compatible with Evolution