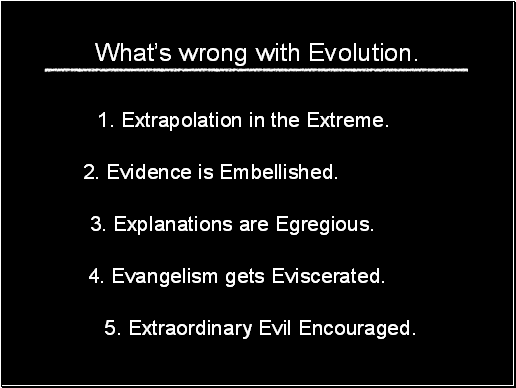 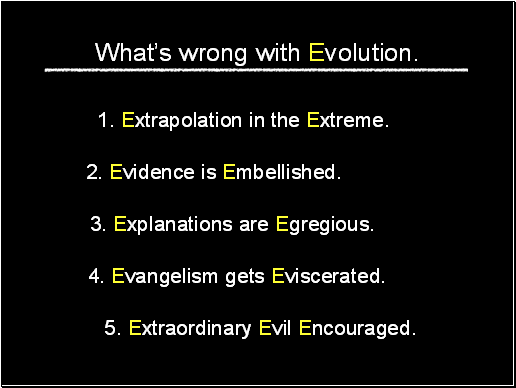 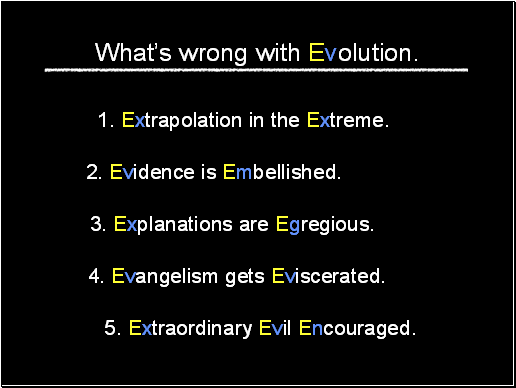 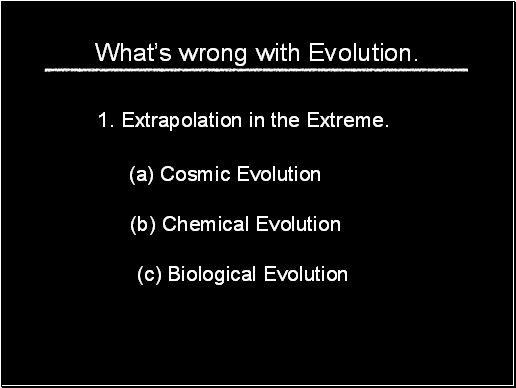 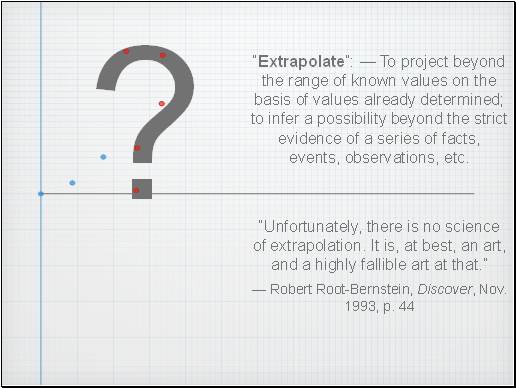 Unfortunately, there is no science of extrapolation. It is, at best, an art, and a highly fallible art at that.” 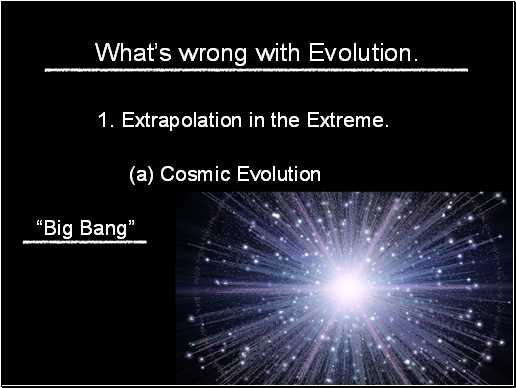 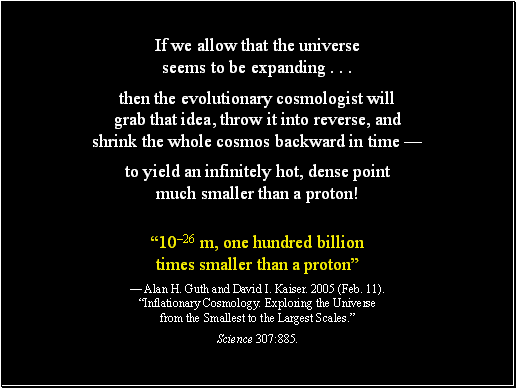 then the evolutionary cosmologist will

grab that idea, throw it into reverse, and

much smaller than a proton!

times smaller than a proton”

— Alan H. Guth and David I. Kaiser. 2005 (Feb. 11). “Inflationary Cosmology: Exploring the Universe from the Smallest to the Largest Scales.” 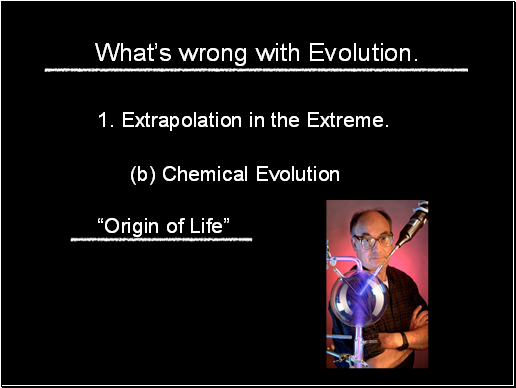 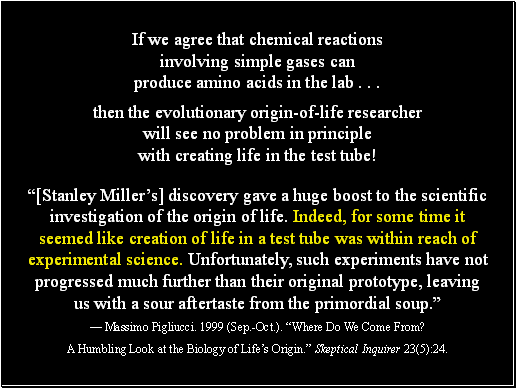 If we agree that chemical reactions

produce amino acids in the lab . . then the evolutionary origin-of-life researcher will see no problem in principle

with creating life in the test tube!

“[Stanley Miller’s] discovery gave a huge boost to the scientific investigation of the origin of life. Indeed, for some time it seemed like creation of life in a test tube was within reach of experimental science. Unfortunately, such experiments have not progressed much further than their original prototype, leaving us with a sour aftertaste from the primordial soup.” 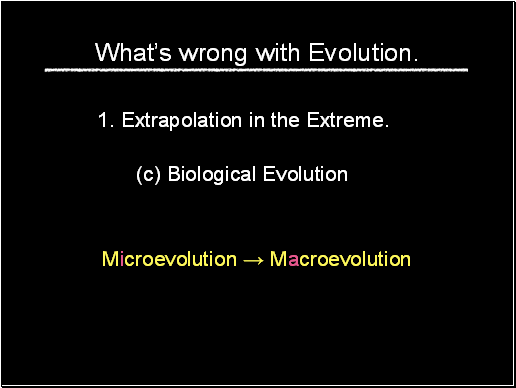 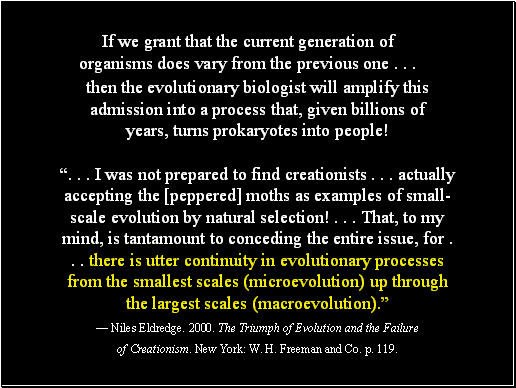 If we grant that the current generation of

organisms does vary from the previous one . .

“. . . I was not prepared to find creationists . . . actually accepting the [peppered] moths as examples of small-scale evolution by natural selection! . . . That, to my mind, is tantamount to conceding the entire issue, for . . . there is utter continuity in evolutionary processes from the smallest scales (microevolution) up through the largest scales (macroevolution).”