What can the President do on his own
Page
1

Presentations / History / What can the President do on his own 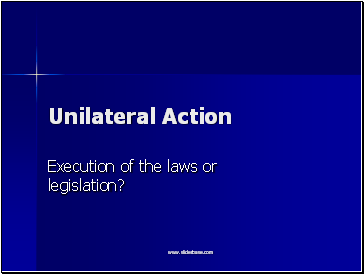 Execution of the laws or legislation? 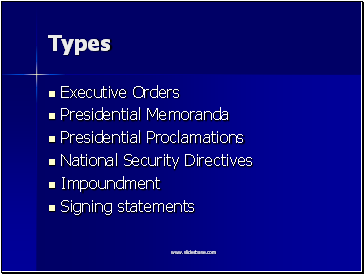 A directive issued to officers of the executive branch, requiring them to take or stop taking an action, alter policy, change management practices, or accept a delegation of authority. 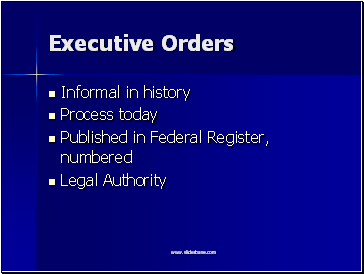 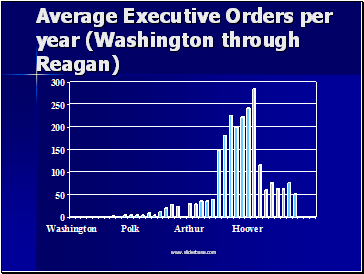 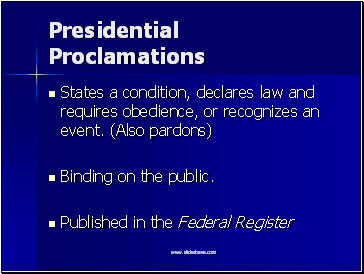 Binding on the public.

Published in the Federal Register 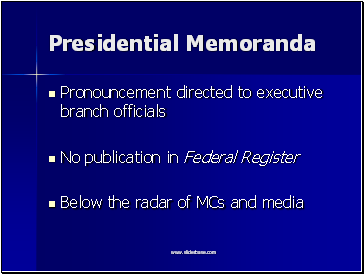 No publication in Federal Register

Below the radar of MCs and media 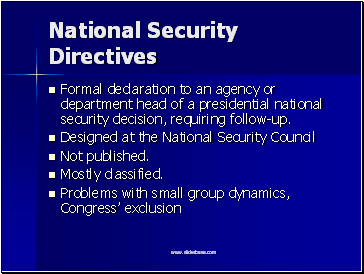 Formal declaration to an agency or department head of a presidential national security decision, requiring follow-up.

Designed at the National Security Council

The president refuses to spend funds appropriated by Congress

He can only defer spending if:

He can only propose to permanently rescind funds, but Congress must approve within 45 days 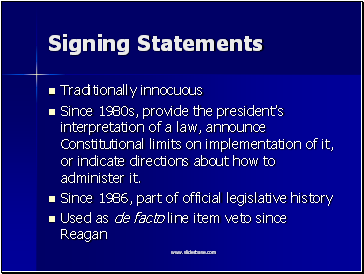 Since 1980s, provide the president’s interpretation of a law, announce Constitutional limits on implementation of it, or indicate directions about how to administer it.