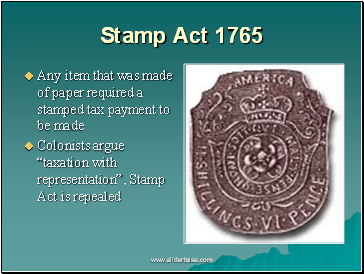 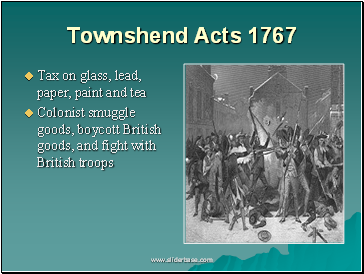 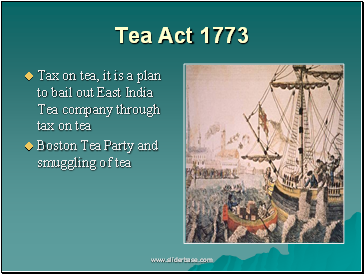 Tax on tea, it is a plan to bail out East India Tea company through tax on tea 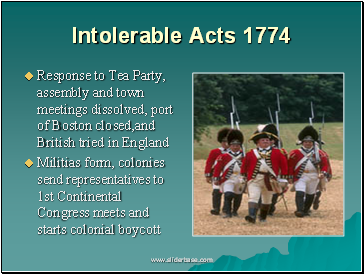 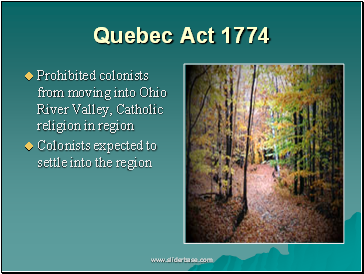 Colonists expected to settle into the region 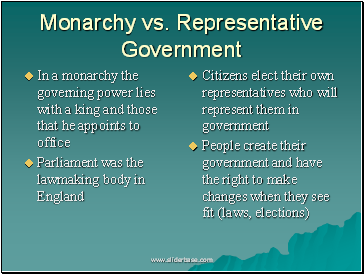 Parliament was the lawmaking body in England

Citizens elect their own representatives who will represent them in government

People create their government and have the right to make changes when they see fit (laws, elections)