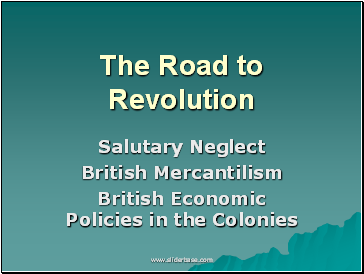 The Road to Revolution

British Economic Policies in the Colonies 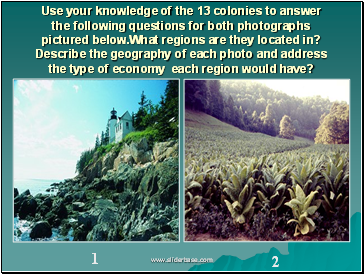 Use your knowledge of the 13 colonies to answer the following questions for both photographs pictured below.What regions are they located in? Describe the geography of each photo and address the type of economy each region would have? 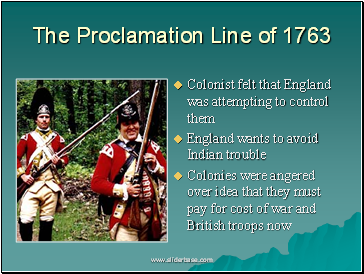 The Proclamation Line of 1763

Colonist felt that England was attempting to control them 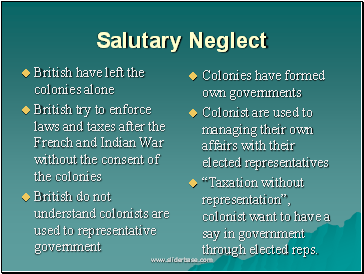 British have left the colonies alone

British do not understand colonists are used to representative government

Colonies have formed own governments

“Taxation without representation”, colonist want to have a say in government through elected reps. 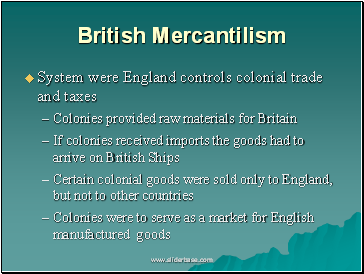 Certain colonial goods were sold only to England, but not to other countries

Colonies were to serve as a market for English manufactured goods 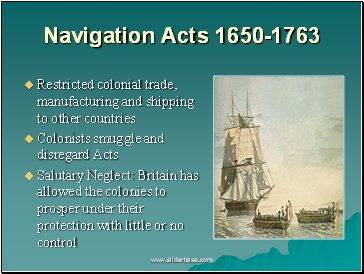 Restricted colonial trade, manufacturing and shipping to other countries

Salutary Neglect: Britain has allowed the colonies to prosper under their protection with little or no control 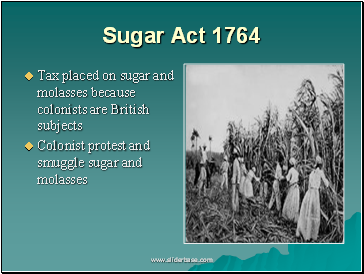 Tax placed on sugar and molasses because colonists are British subjects 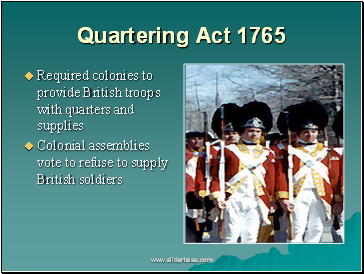 Required colonies to provide British troops with quarters and supplies