Populism and the Election of 1896
Page
2

Presentations / History / Populism and the Election of 1896

So. Alliance  wanted to gain control of the Democratic Party.

over 100 were African Americans. 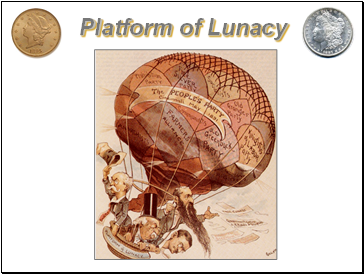 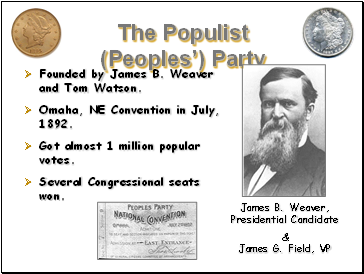 Founded by James B. Weaver and Tom Watson. 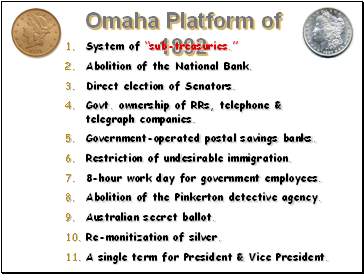 Abolition of the National Bank.

Abolition of the Pinkerton detective agency. 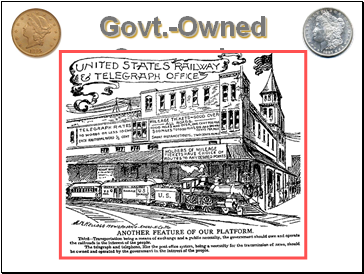 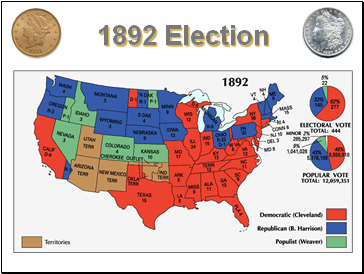 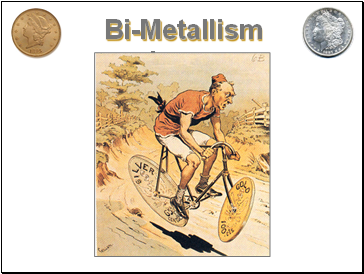 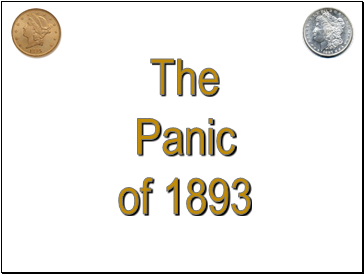 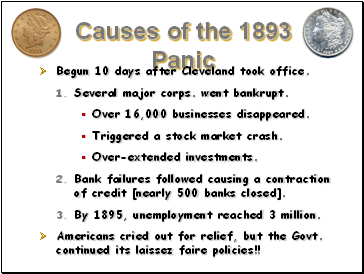 Americans cried out for relief, but the Govt. continued its laissez faire policies!! 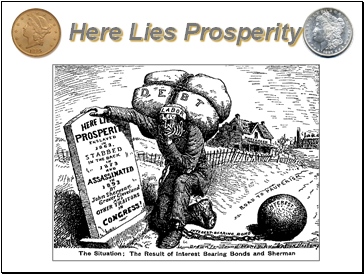 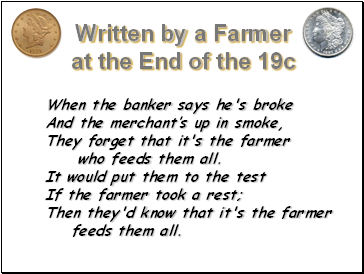 Written by a Farmer at the End of the 19c