Plains Indians – Where did they live
Page
1

Presentations / History / Plains Indians – Where did they live 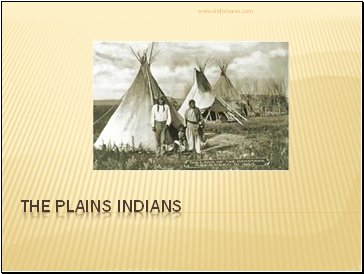 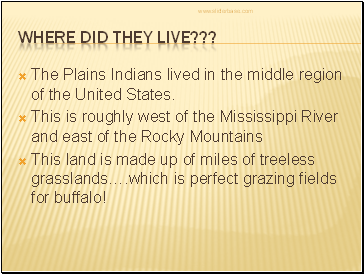 The Plains Indians lived in the middle region of the United States.

This land is made up of miles of treeless grasslands….which is perfect grazing fields for buffalo! 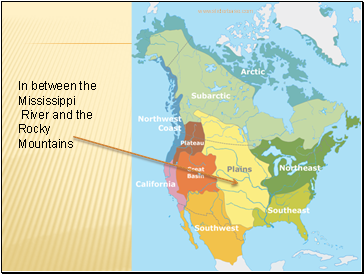 In between the Mississippi

River and the Rocky Mountains 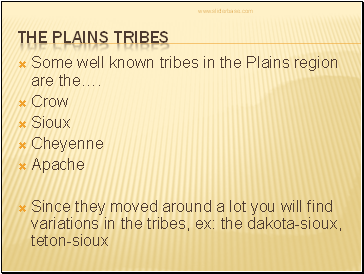 Some well known tribes in the Plains region are the….

Since they moved around a lot you will find variations in the tribes, ex: the dakota-sioux, teton-sioux 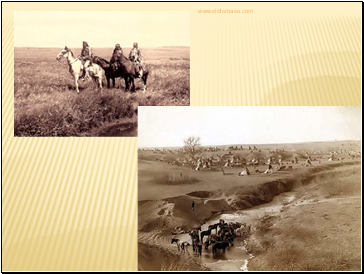 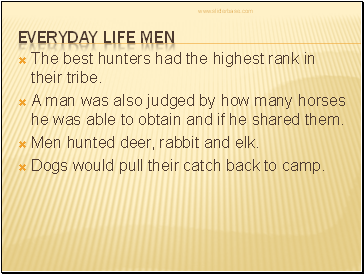 The best hunters had the highest rank in their tribe.

A man was also judged by how many horses he was able to obtain and if he shared them.

Dogs would pull their catch back to camp. 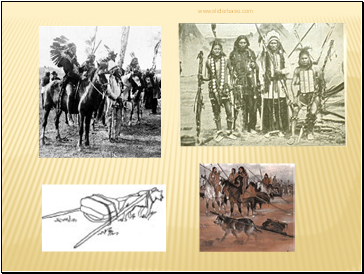 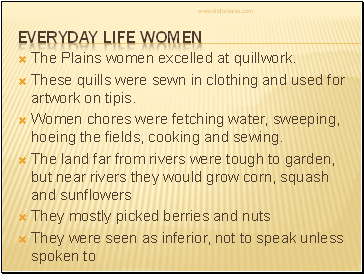 The Plains women excelled at quillwork.

These quills were sewn in clothing and used for artwork on tipis.

The land far from rivers were tough to garden, but near rivers they would grow corn, squash and sunflowers

They mostly picked berries and nuts

They were seen as inferior, not to speak unless spoken to 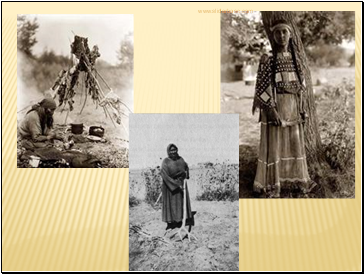 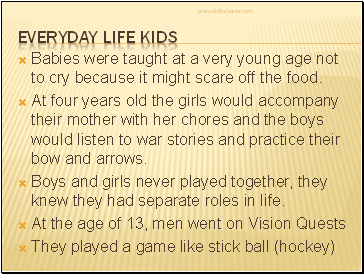 Babies were taught at a very young age not to cry because it might scare off the food.

At four years old the girls would accompany their mother with her chores and the boys would listen to war stories and practice their bow and arrows.

Boys and girls never played together, they knew they had separate roles in life.

At the age of 13, men went on Vision Quests