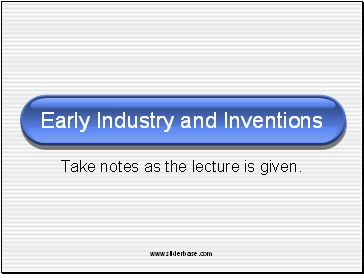 Take notes as the lecture is given. 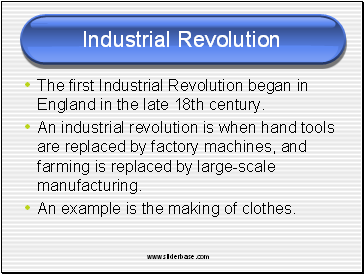 The first Industrial Revolution began in England in the late 18th century.

An industrial revolution is when hand tools are replaced by factory machines, and farming is replaced by large-scale manufacturing.

An example is the making of clothes. 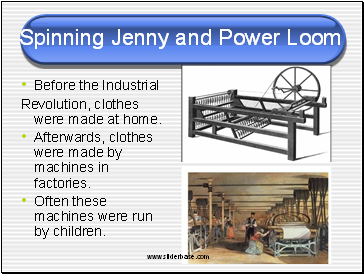 Revolution, clothes were made at home.

Afterwards, clothes were made by machines in factories.

Often these machines were run by children. 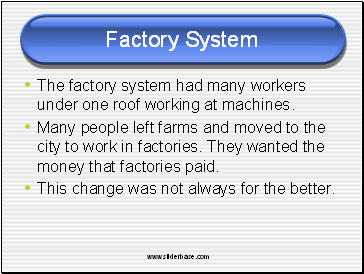 The factory system had many workers under one roof working at machines.

Many people left farms and moved to the city to work in factories. They wanted the money that factories paid.

This change was not always for the better. 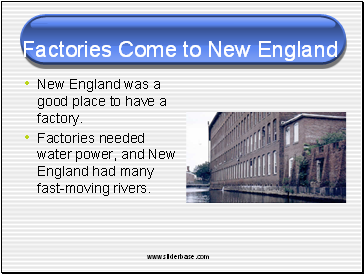 New England was a good place to have a factory. 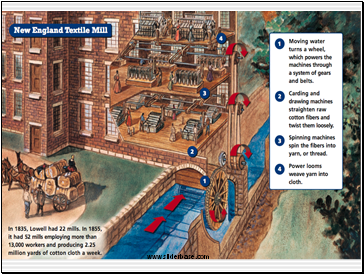 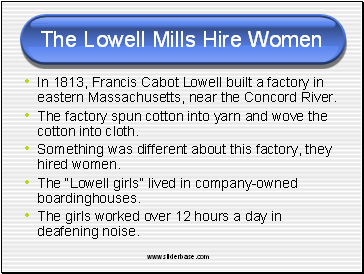 In 1813, Francis Cabot Lowell built a factory in eastern Massachusetts, near the Concord River.

Something was different about this factory, they hired women.

The girls worked over 12 hours a day in deafening noise. 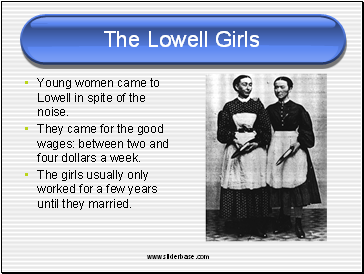 Young women came to Lowell in spite of the noise.

They came for the good wages: between two and four dollars a week.

The girls usually only worked for a few years until they married. 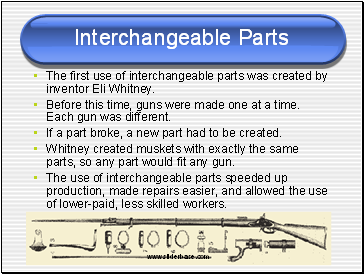 The first use of interchangeable parts was created by inventor Eli Whitney.

Before this time, guns were made one at a time. Each gun was different.

If a part broke, a new part had to be created.

Whitney created muskets with exactly the same parts, so any part would fit any gun.