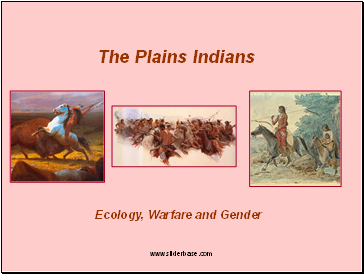 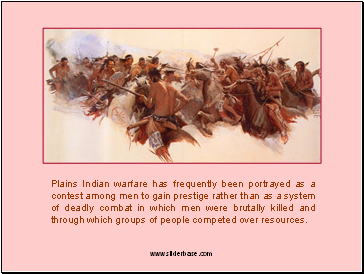 Plains Indian warfare has frequently been portrayed as a contest among men to gain prestige rather than as a system of deadly combat in which men were brutally killed and through which groups of people competed over resources. 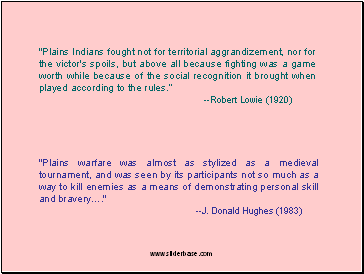 "Plains Indians fought not for territorial aggrandizement, nor for the victor's spoils, but above all because fighting was a game worth while because of the social recognition it brought when played according to the rules.“

"Plains warfare was almost as stylized as a medieval tournament, and was seen by its participants not so much as a way to kill enemies as a means of demonstrating personal skill and bravery…." 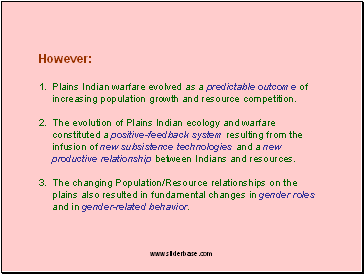 The evolution of Plains Indian ecology and warfare constituted a positive-feedback system resulting from the infusion of new subsistence technologies and a new productive relationship between Indians and resources.

The changing Population/Resource relationships on the plains also resulted in fundamental changes in gender roles and in gender-related behavior. 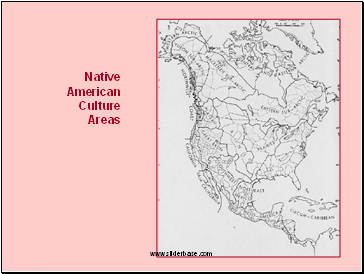 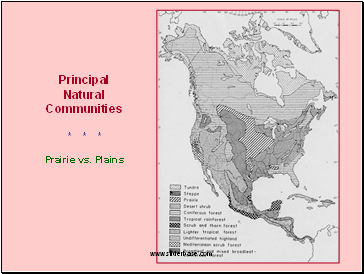 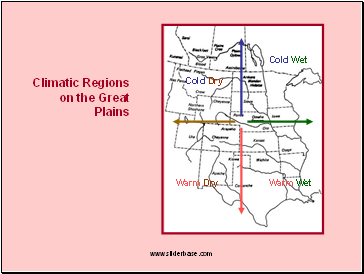 Climatic Regions on the Great Plains 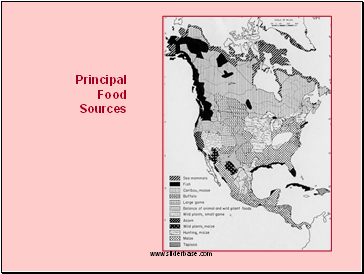 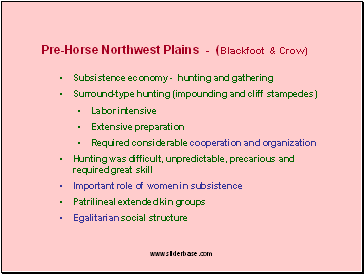 Important role of women in subsistence