French Lands East of the Mississippi

France allowed to keep Sugar Producing Islands in the Caribbean. 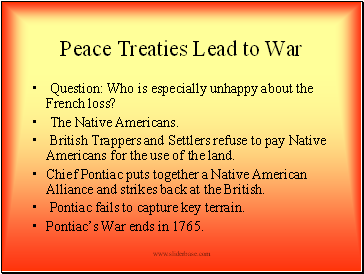 Question: Who is especially unhappy about the French loss?

British Trappers and Settlers refuse to pay Native Americans for the use of the land.

Chief Pontiac puts together a Native American Alliance and strikes back at the British. 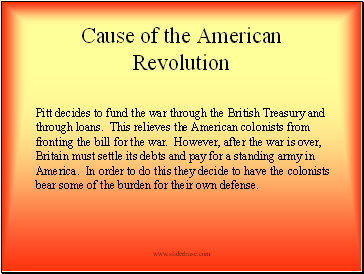 Cause of the American Revolution

Pitt decides to fund the war through the British Treasury and through loans. This relieves the American colonists from fronting the bill for the war. However, after the war is over, Britain must settle its debts and pay for a standing army in America. In order to do this they decide to have the colonists bear some of the burden for their own defense. 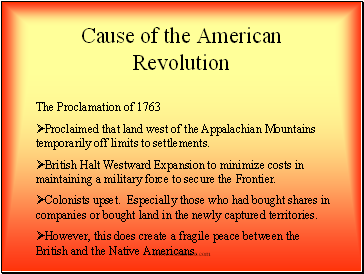 Cause of the American Revolution

Proclaimed that land west of the Appalachian Mountains temporarily off limits to settlements.

British Halt Westward Expansion to minimize costs in maintaining a military force to secure the Frontier.

Colonists upset. Especially those who had bought shares in companies or bought land in the newly captured territories.

However, this does create a fragile peace between the British and the Native Americans. 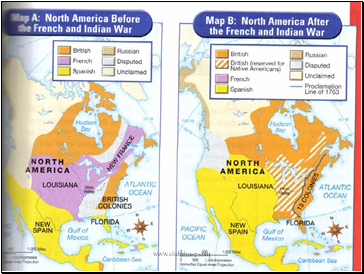