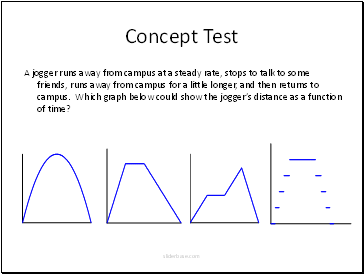 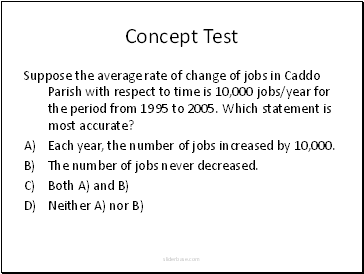 Suppose the average rate of change of jobs in Caddo Parish with respect to time is 10,000 jobs/year for the period from 1995 to 2005. Which statement is most accurate?

The number of jobs never decreased.

Neither A) nor B) 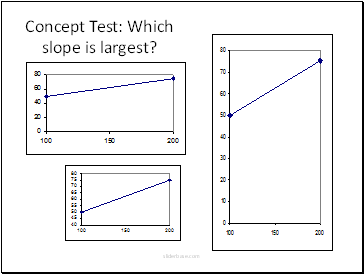 Concept Test: Which slope is largest? 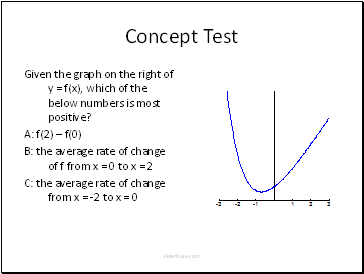 Given the graph on the right of y = f(x), which of the below numbers is most positive? 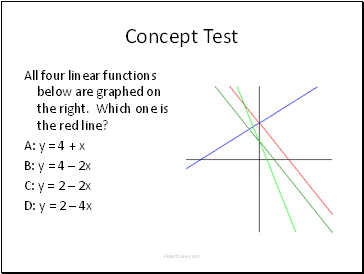 All four linear functions below are graphed on the right. Which one is the red line? 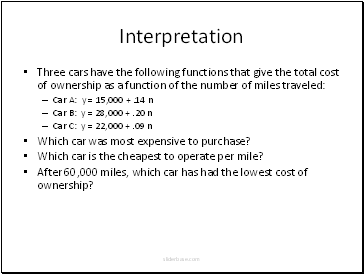 Three cars have the following functions that give the total cost of ownership as a function of the number of miles traveled:

Which car was most expensive to purchase?

Which car is the cheapest to operate per mile?

After 60,000 miles, which car has had the lowest cost of ownership? 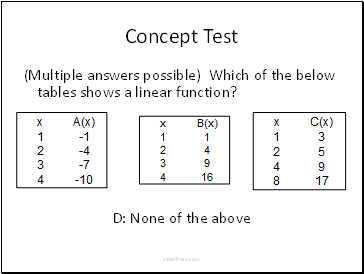 (Multiple answers possible) Which of the below tables shows a linear function?

D: None of the above 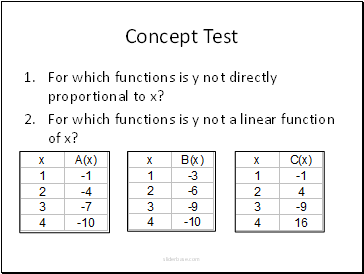 For which functions is y not directly proportional to x?

For which functions is y not a linear function of x? 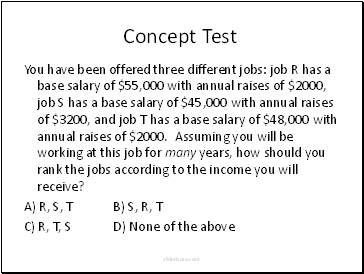