Carbon and the Molecular Diversity of Life
Page
1

Presentations / Biology / Carbon and the Molecular Diversity of Life 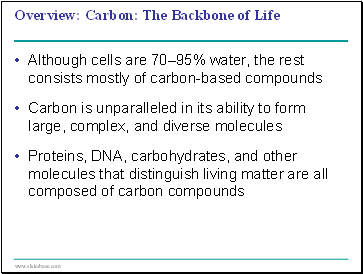 Carbon: The Backbone of Life

Although cells are 70–95% water, the rest consists mostly of carbon-based compounds

Carbon is unparalleled in its ability to form large, complex, and diverse molecules

Proteins, DNA, carbohydrates, and other molecules that distinguish living matter are all composed of carbon compounds 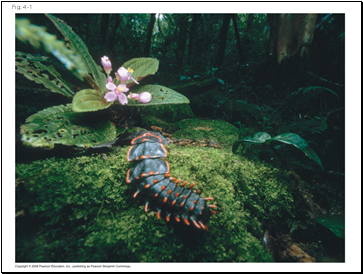 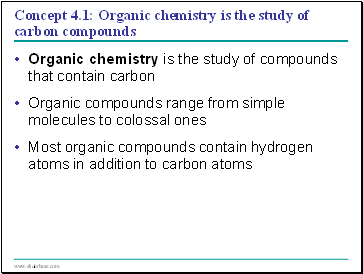 Concept 4.1: Organic chemistry is the study of carbon compounds

Organic chemistry is the study of compounds that contain carbon

Organic compounds range from simple molecules to colossal ones 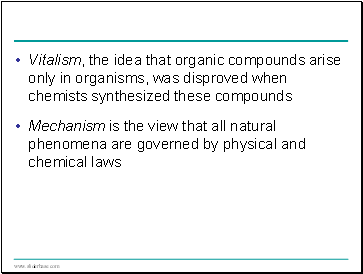 Vitalism, the idea that organic compounds arise only in organisms, was disproved when chemists synthesized these compounds 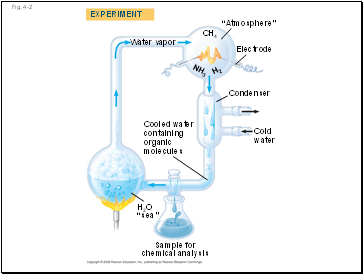 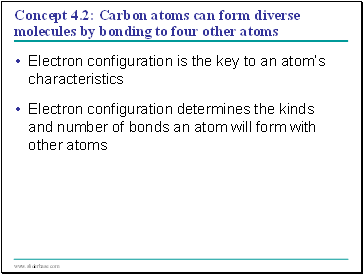 Concept 4.2: Carbon atoms can form diverse molecules by bonding to four other atoms

Electron configuration is the key to an atom’s characteristics 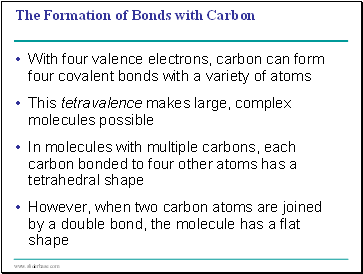 The Formation of Bonds with Carbon

With four valence electrons, carbon can form four covalent bonds with a variety of atoms

In molecules with multiple carbons, each carbon bonded to four other atoms has a tetrahedral shape

However, when two carbon atoms are joined by a double bond, the molecule has a flat shape 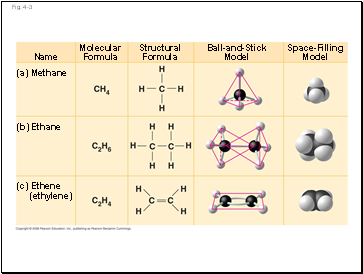 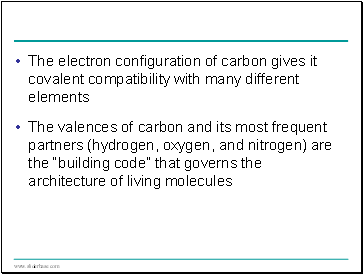 The valences of carbon and its most frequent partners (hydrogen, oxygen, and nitrogen) are the “building code” that governs the architecture of living molecules