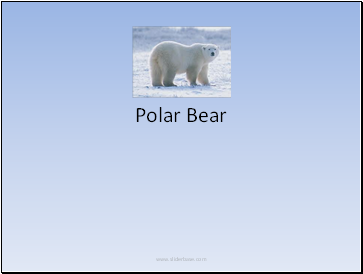 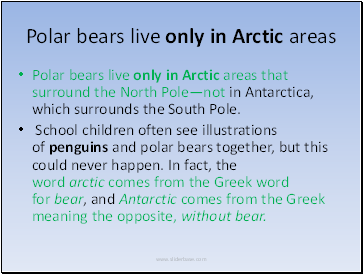 Polar bears live only in Arctic areas that surround the North Pole—not in Antarctica, which surrounds the South Pole. 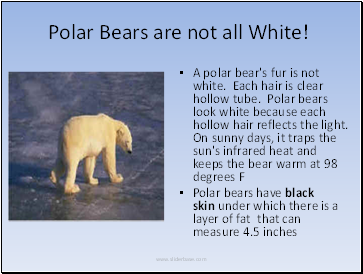 Polar Bears are not all White!

A polar bear's fur is not white. Each hair is clear hollow tube. Polar bears look white because each hollow hair reflects the light. On sunny days, it traps the sun's infrared heat and keeps the bear warm at 98 degrees F

Polar bears have black skin under which there is a layer of fat that can measure 4.5 inches 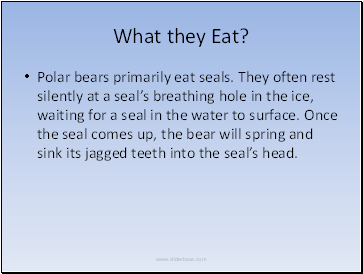 Polar bears primarily eat seals. They often rest silently at a seal’s breathing hole in the ice, waiting for a seal in the water to surface. Once the seal comes up, the bear will spring and sink its jagged teeth into the seal’s head. 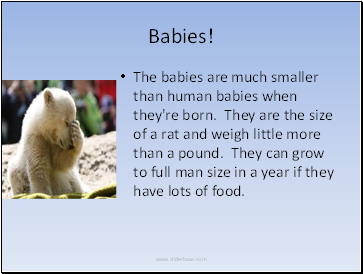 The babies are much smaller than human babies when they're born. They are the size of a rat and weigh little more than a pound. They can grow to full man size in a year if they have lots of food.