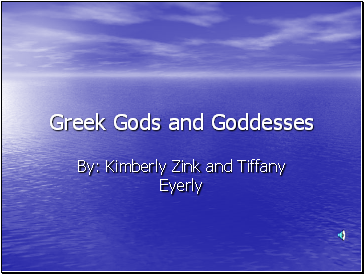 By: Kimberly Zink and Tiffany Eyerly 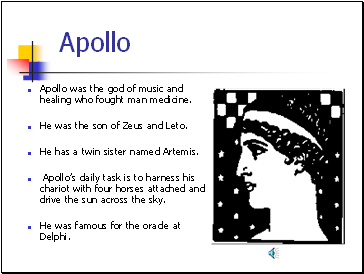 Apollo was the god of music and healing who fought man medicine.

He was the son of Zeus and Leto.

He has a twin sister named Artemis.

Apollo’s daily task is to harness his chariot with four horses attached and drive the sun across the sky.

He was famous for the oracle at Delphi. 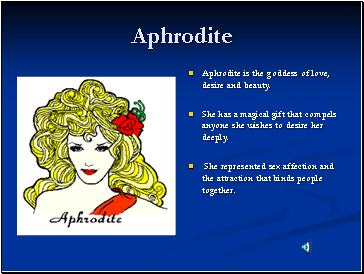 Aphrodite is the goddess of love, desire and beauty.

She has a magical gift that compels anyone she wishes to desire her deeply.

She represented sex affection and the attraction that binds people together. 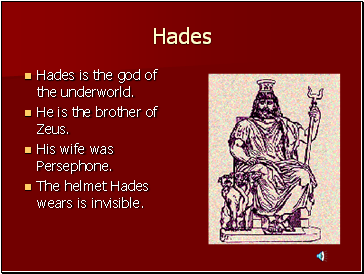 Hades is the god of the underworld.

He is the brother of Zeus.

His wife was Persephone.

The helmet Hades wears is invisible. 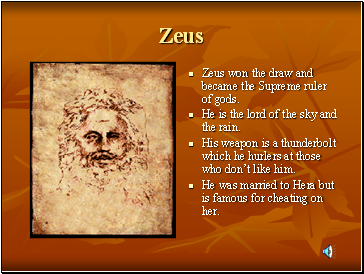 Zeus won the draw and became the Supreme ruler of gods.

He is the lord of the sky and the rain.

His weapon is a thunderbolt which he hurlers at those who don’t like him.

He was married to Hera but is famous for cheating on her. 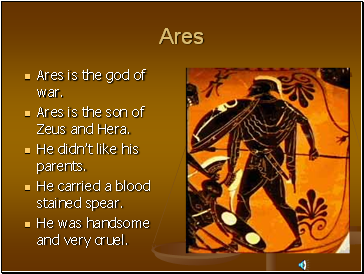 Ares is the god of war.

Ares is the son of Zeus and Hera.

He carried a blood stained spear.

He was handsome and very cruel. 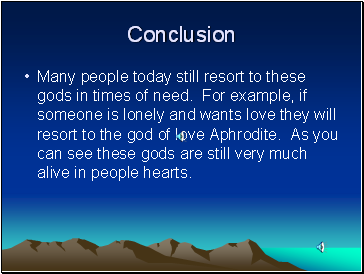