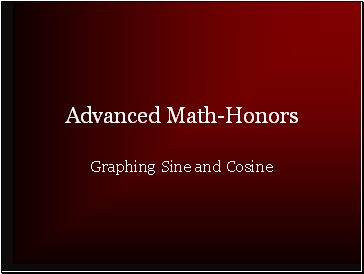 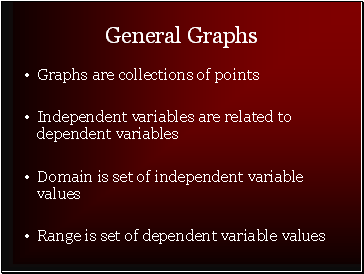 Graphs are collections of points 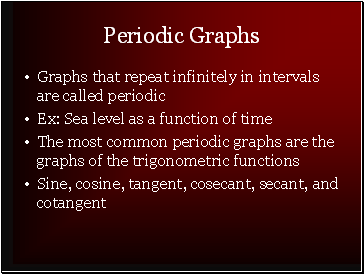 Graphs that repeat infinitely in intervals are called periodic

Ex: Sea level as a function of time 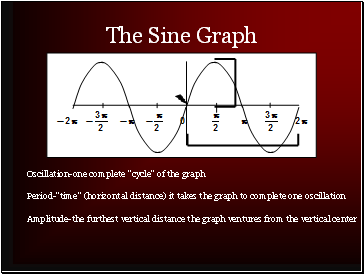 Oscillation-one complete “cycle” of the graph 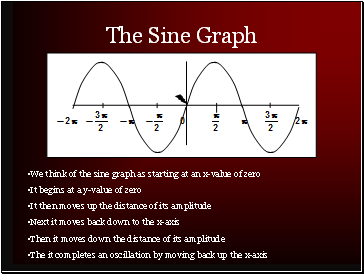 It begins at a y-value of zero

It then moves up the distance of its amplitude

Next it moves back down to the x-axis

Then it moves down the distance of its amplitude 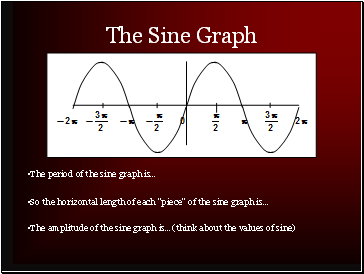 The period of the sine graph is… 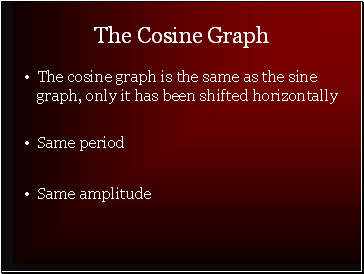 The cosine graph is the same as the sine graph, only it has been shifted horizontally 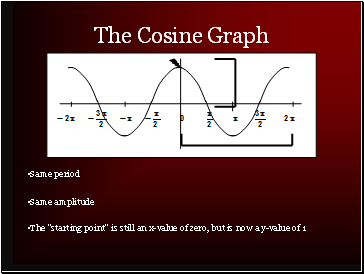 The “starting point” is still an x-value of zero, but is now a y-value of 1 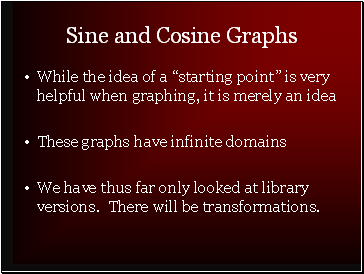 While the idea of a “starting point” is very helpful when graphing, it is merely an idea

These graphs have infinite domains

We have thus far only looked at library versions. There will be transformations.