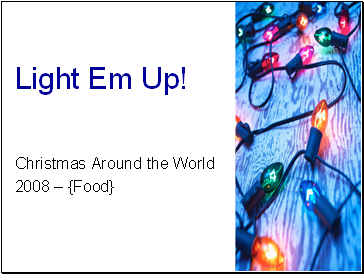 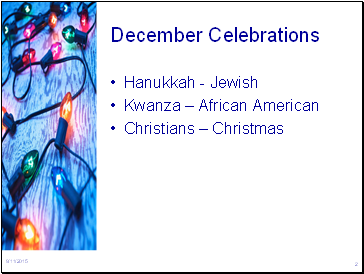 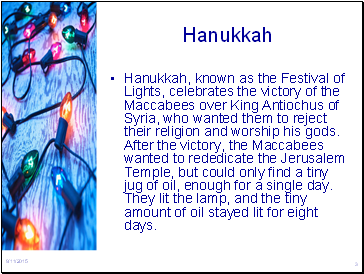 Hanukkah, known as the Festival of Lights, celebrates the victory of the Maccabees over King Antiochus of Syria, who wanted them to reject their religion and worship his gods. After the victory, the Maccabees wanted to rededicate the Jerusalem Temple, but could only find a tiny jug of oil, enough for a single day. They lit the lamp, and the tiny amount of oil stayed lit for eight days. 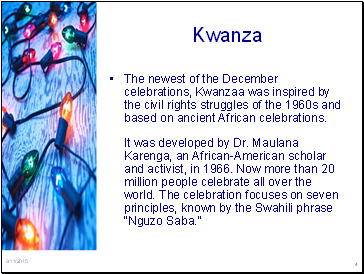 The newest of the December celebrations, Kwanzaa was inspired by the civil rights struggles of the 1960s and based on ancient African celebrations. It was developed by Dr. Maulana Karenga, an African-American scholar and activist, in 1966. Now more than 20 million people celebrate all over the world. The celebration focuses on seven principles, known by the Swahili phrase "Nguzo Saba." 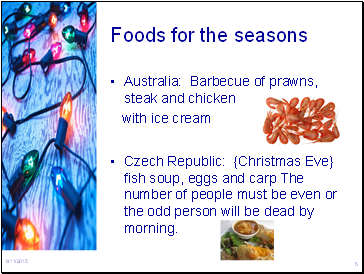 Foods for the seasons

Czech Republic: {Christmas Eve} fish soup, eggs and carp The number of people must be even or the odd person will be dead by morning. 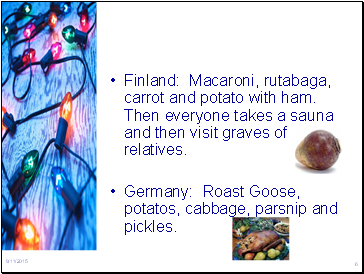 Finland: Macaroni, rutabaga, carrot and potato with ham. Then everyone takes a sauna and then visit graves of relatives. 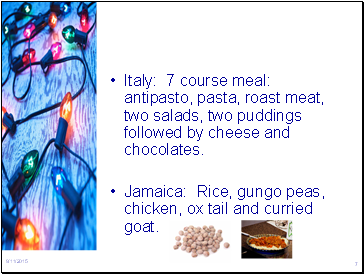 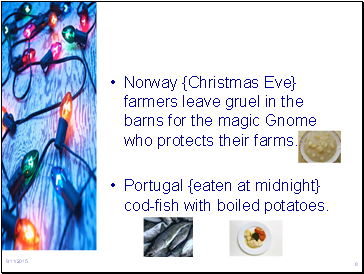 Norway {Christmas Eve} farmers leave gruel in the barns for the magic Gnome who protects their farms. 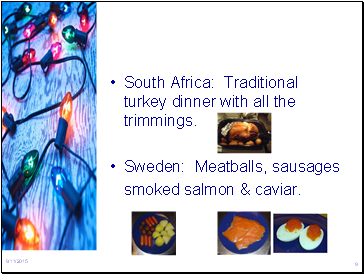 South Africa: Traditional turkey dinner with all the trimmings.