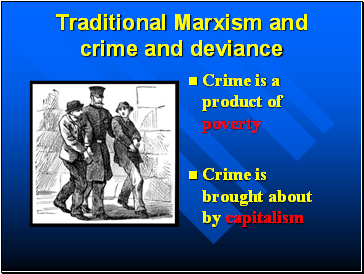 Traditional Marxism and crime and deviance

Crime is a product of poverty

Crime is brought about by capitalism 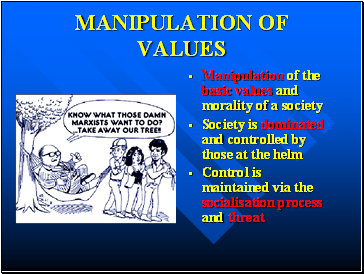 Manipulation of the basic values and morality of a society

Society is dominated and controlled by those at the helm

Control is maintained via the socialisation process and threat 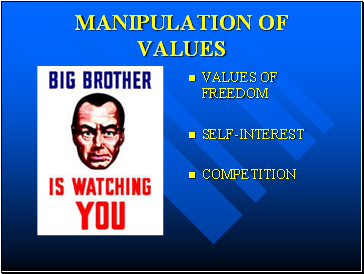 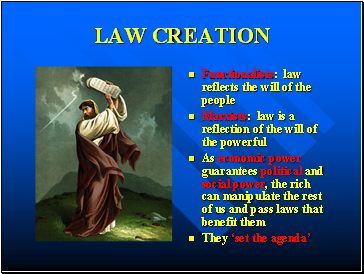 Functionalists: law reflects the will of the people

Marxists: law is a reflection of the will of the powerful

As economic power guarantees political and social power, the rich can manipulate the rest of us and pass laws that benefit them

They ‘set the agenda’ 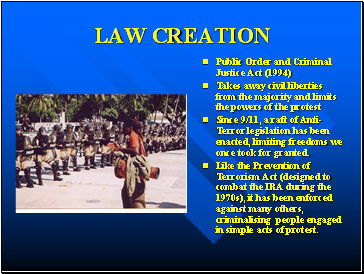 Since 9/11, a raft of Anti-Terror legislation has been enacted, limiting freedoms we once took for granted.

Like the Prevention of Terrorism Act (designed to combat the IRA during the 1970s), it has been enforced against many others, criminalising people engaged in simple acts of protest. 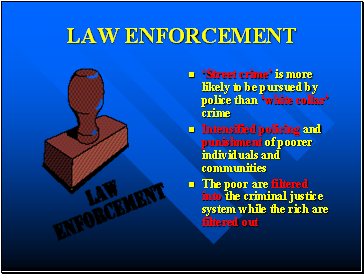 Intensified policing and punishment of poorer individuals and communities 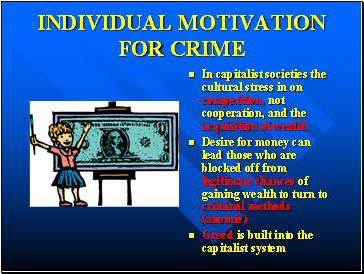 In capitalist societies the cultural stress in on competition, not cooperation, and the acquisition of wealth

Greed is built into the capitalist system 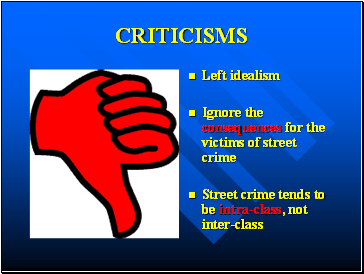 Ignore the consequences for the victims of street crime

Street crime tends to be intra-class, not inter-class 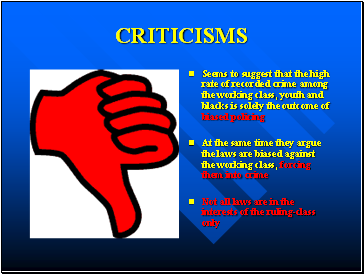 Seems to suggest that the high rate of recorded crime among the working class, youth and blacks is solely the outcome of biased policing