A brief history of communism in Russia
Page
1

Presentations / English Literature / A brief history of communism in Russia 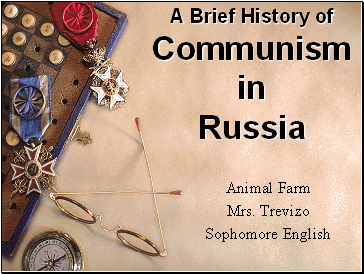 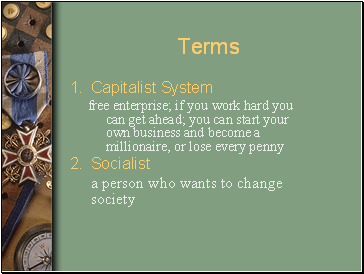 free enterprise; if you work hard you can get ahead; you can start your own business and become a millionaire, or lose every penny

a person who wants to change society 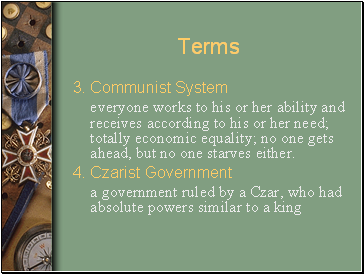 everyone works to his or her ability and receives according to his or her need; totally economic equality; no one gets ahead, but no one starves either.

a government ruled by a Czar, who had absolute powers similar to a king 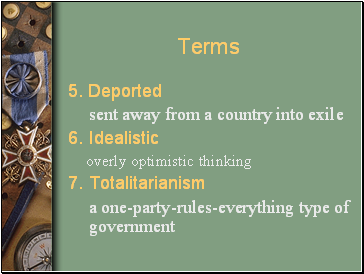 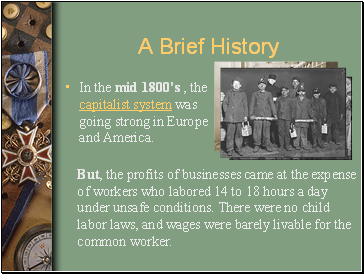 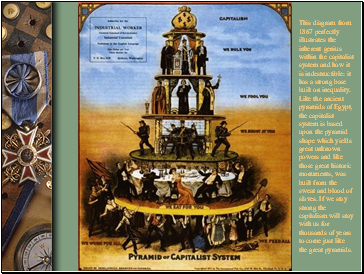 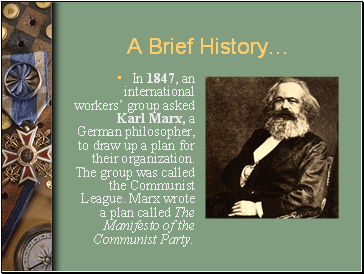 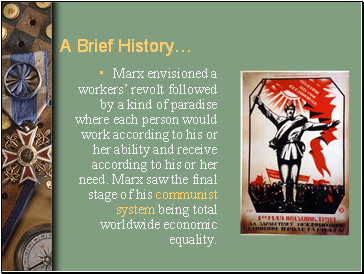 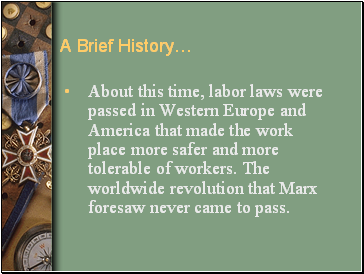