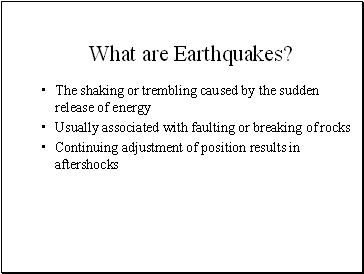 The shaking or trembling caused by the sudden release of energy

Usually associated with faulting or breaking of rocks 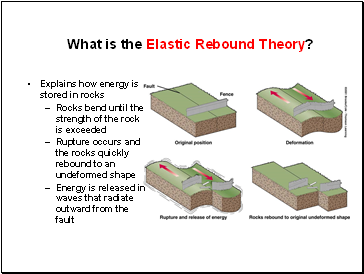 What is the Elastic Rebound Theory?

Explains how energy is stored in rocks

Rocks bend until the strength of the rock is exceeded

Rupture occurs and the rocks quickly rebound to an undeformed shape

Energy is released in waves that radiate outward from the fault 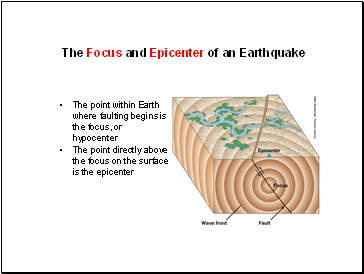 The Focus and Epicenter of an Earthquake

The point within Earth where faulting begins is the focus, or hypocenter 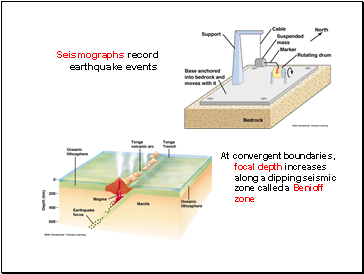 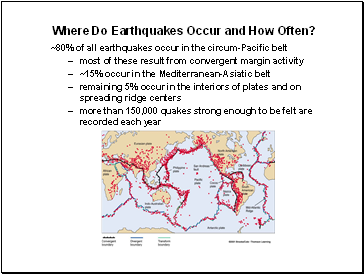 Where Do Earthquakes Occur and How Often?

~80% of all earthquakes occur in the circum-Pacific belt

most of these result from convergent margin activity

~15% occur in the Mediterranean-Asiatic belt

more than 150,000 quakes strong enough to be felt are recorded each year 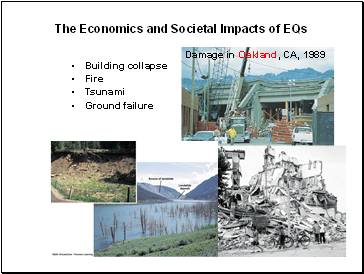 The Economics and Societal Impacts of EQs 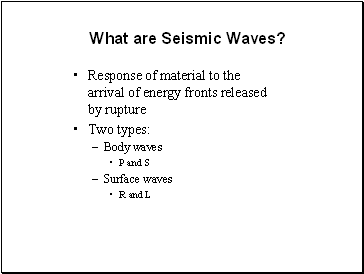 What are Seismic Waves? 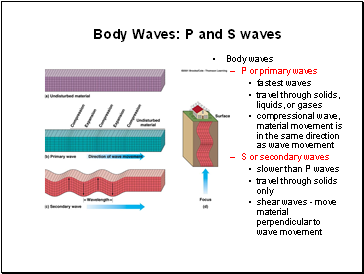 travel through solids, liquids, or gases

compressional wave, material movement is in the same direction as wave movement

travel through solids only 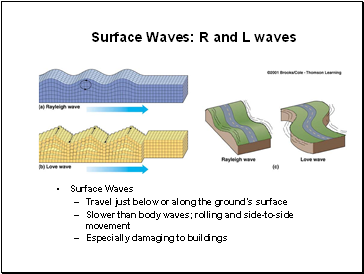 Travel just below or along the ground’s surface