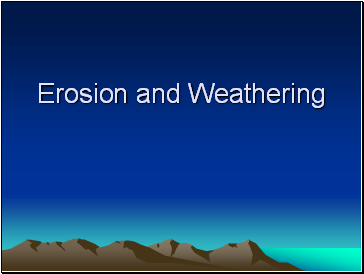 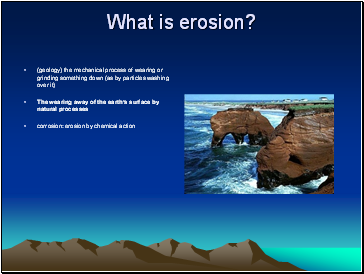 The wearing away of the earth’s surface by natural processes 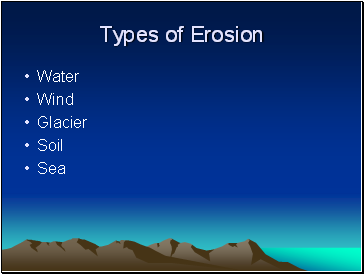 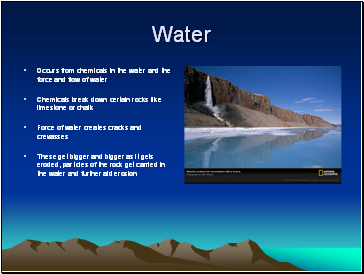 Chemicals break down certain rocks like limestone or chalk

These get bigger and bigger as it gets eroded, particles of the rock get carried in the water and further aid erosion 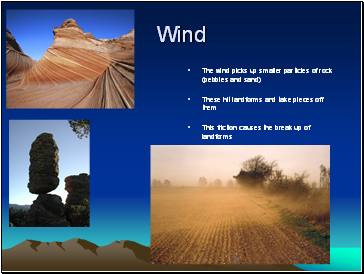 The wind picks up smaller particles of rock (pebbles and sand)

These hit landforms and take pieces off them

This friction causes the break up of landforms 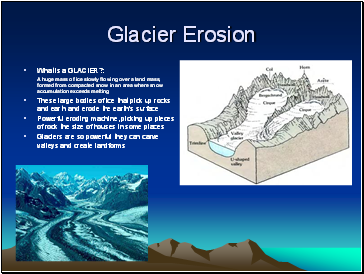 What is a GLACIER?:

A huge mass of ice slowly flowing over a land mass, formed from compacted snow in an area where snow accumulation exceeds melting

Powerful eroding machine, picking up pieces of rock the size of houses in some places

Glaciers are so powerful they can carve valleys and create landforms 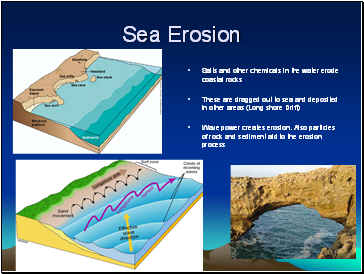 Salts and other chemicals in the water erode coastal rocks 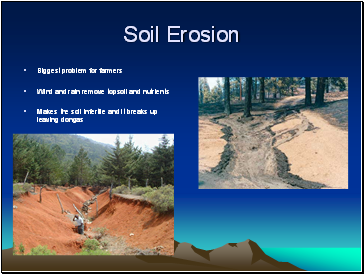 Makes the soil infertile and it breaks up leaving dongas 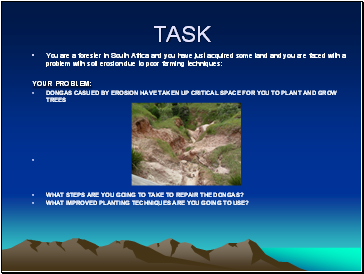 You are a forester in South Africa and you have just acquired some land and you are faced with a problem with soil erosion due to poor farming techniques:

WHAT STEPS ARE YOU GOING TO TAKE TO REPAIR THE DONGAS?

WHAT IMPROVED PLANTING TECHNIQUES ARE YOU GOING TO USE?