Interactions. Making a Living in the Ecosystem
Page
1

Presentations / Biology / Interactions. Making a Living in the Ecosystem 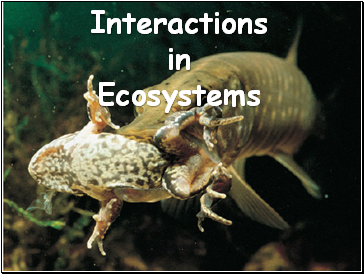 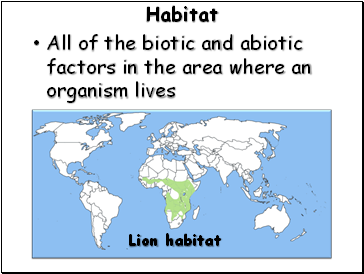 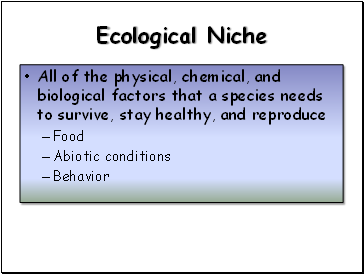 All of the physical, chemical, and biological factors that a species needs to survive, stay healthy, and reproduce 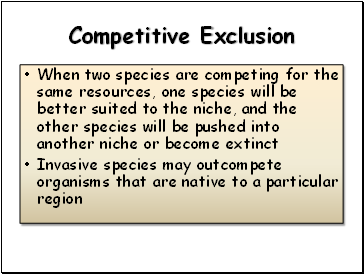 When two species are competing for the same resources, one species will be better suited to the niche, and the other species will be pushed into another niche or become extinct 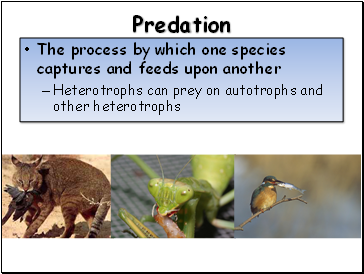 The process by which one species captures and feeds upon another

Heterotrophs can prey on autotrophs and other heterotrophs 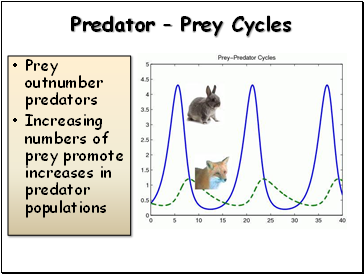 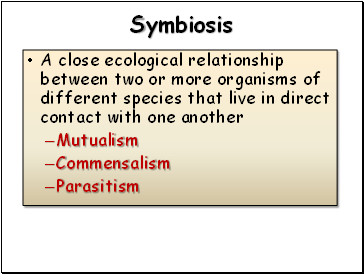 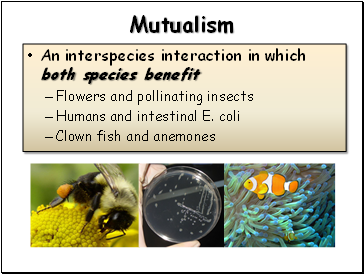 An interspecies interaction in which both species benefit 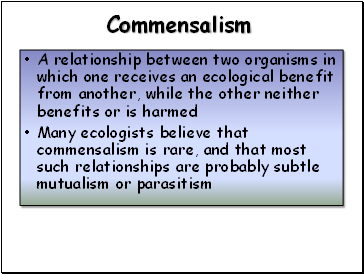 A relationship between two organisms in which one receives an ecological benefit from another, while the other neither benefits or is harmed

Many ecologists believe that commensalism is rare, and that most such relationships are probably subtle mutualism or parasitism 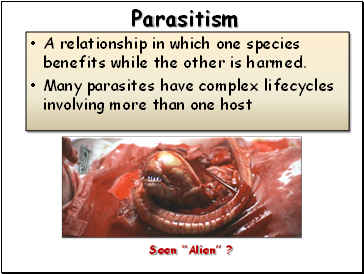 A relationship in which one species benefits while the other is harmed.

Many parasites have complex lifecycles involving more than one host 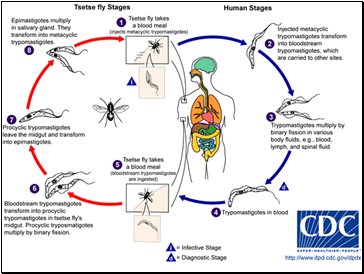 The Parasitic Life Cycle of the Tse-Tse Fly 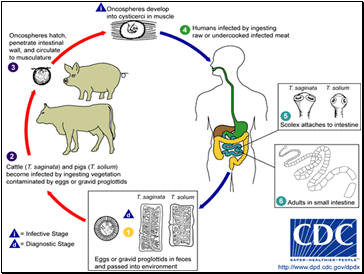