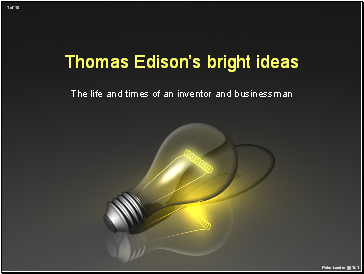 The life and times of an inventor and businessman 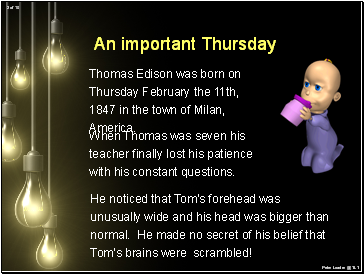 He noticed that Tom's forehead was unusually wide and his head was bigger than normal. He made no secret of his belief that Tom’s brains were scrambled!

Thomas Edison was born on Thursday February the 11th, 1847 in the town of Milan, America.

When Thomas was seven his teacher finally lost his patience with his constant questions. 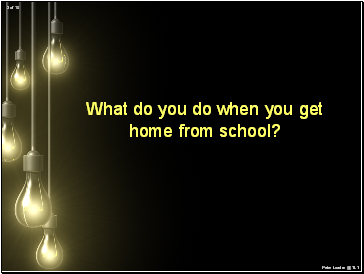 What do you do when you get home from school? 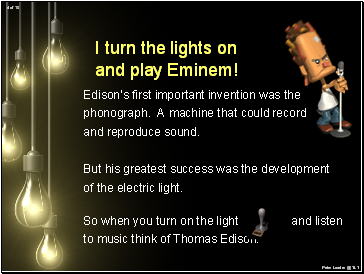 I turn the lights on and play Eminem!

Edison’s first important invention was the phonograph. A machine that could record and reproduce sound. But his greatest success was the development of the electric light. So when you turn on the light and listen to music think of Thomas Edison. 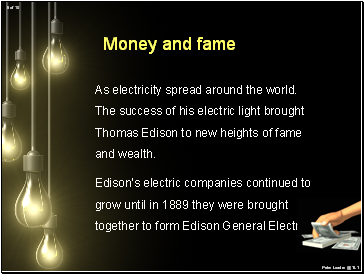 As electricity spread around the world. The success of his electric light brought Thomas Edison to new heights of fame and wealth.

Edison's electric companies continued to grow until in 1889 they were brought together to form Edison General Electric. 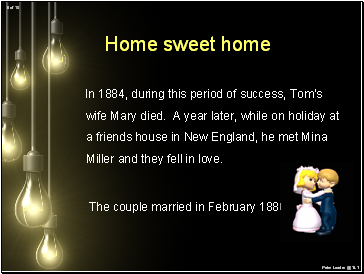 In 1884, during this period of success, Tom's wife Mary died. A year later, while on holiday at a friends house in New England, he met Mina Miller and they fell in love.

The couple married in February 1886 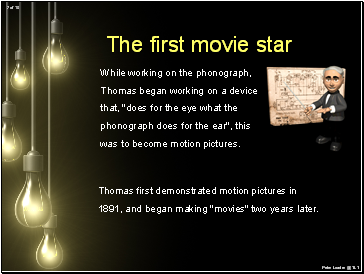 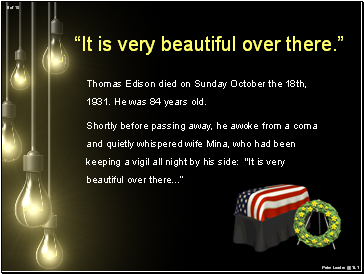 “It is very beautiful over there.”

Shortly before passing away, he awoke from a coma and quietly whispered wife Mina, who had been keeping a vigil all night by his side: "It is very beautiful over there .“ 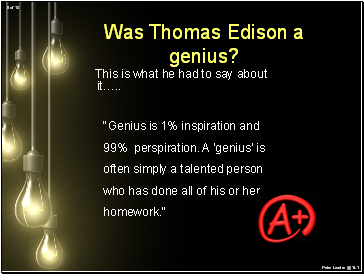 Was Thomas Edison a genius?

This is what he had to say about it…

"Genius is 1% inspiration and 99% perspiration. A 'genius' is often simply a talented person who has done all of his or her homework.“