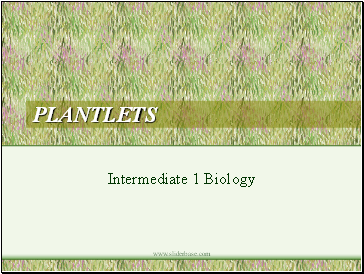 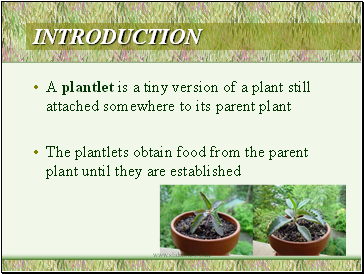 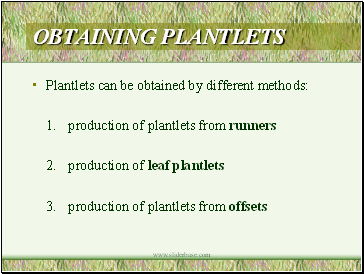 Plantlets can be obtained by different methods:

1. production of plantlets from runners

3. production of plantlets from offsets 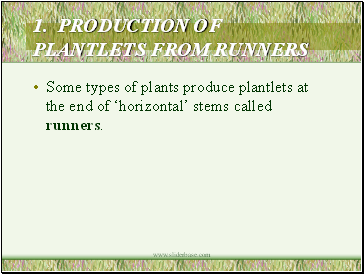 1. PRODUCTION OF PLANTLETS FROM RUNNERS

Some types of plants produce plantlets at the end of ‘horizontal’ stems called runners. 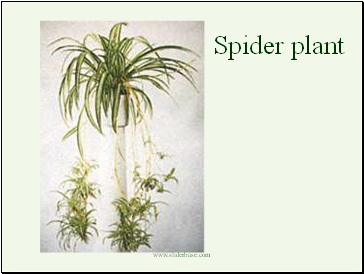 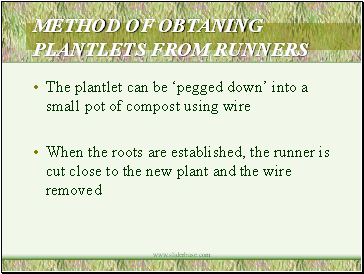 Method Of Obtaning Plantlets From Runners

When the roots are established, the runner is cut close to the new plant and the wire removed 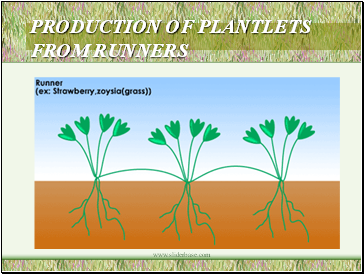 Production Of Plantlets From Runners 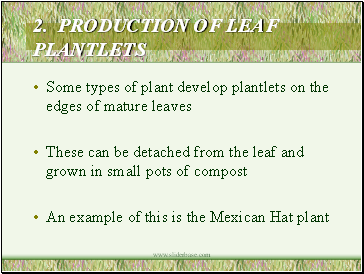 An example of this is the Mexican Hat plant 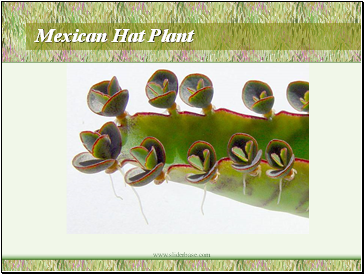 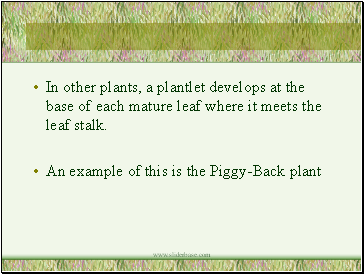 In other plants, a plantlet develops at the base of each mature leaf where it meets the leaf stalk.

An example of this is the Piggy-Back plant 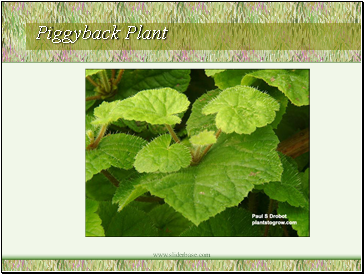 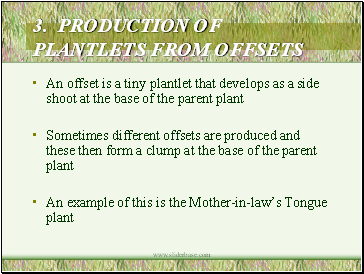 3. PRODUCTION OF PLANTLETS FROM OFFSETS 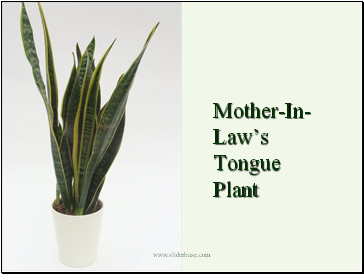 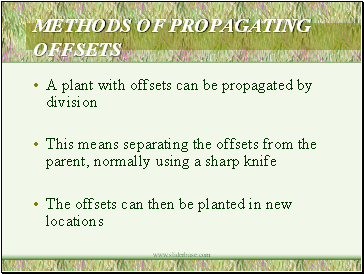