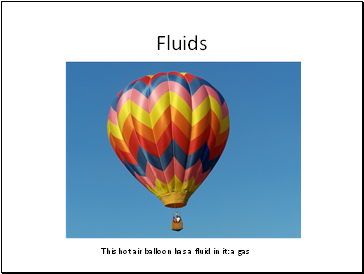 This hot air balloon has a fluid in it: a gas 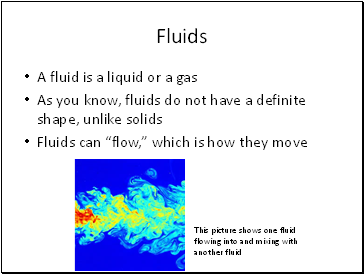 A fluid is a liquid or a gas

As you know, fluids do not have a definite shape, unlike solids

Fluids can “flow,” which is how they move 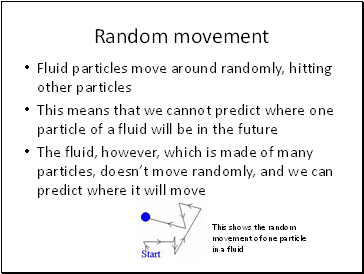 The fluid, however, which is made of many particles, doesn’t move randomly, and we can predict where it will move

This shows the random movement of one particle in a fluid 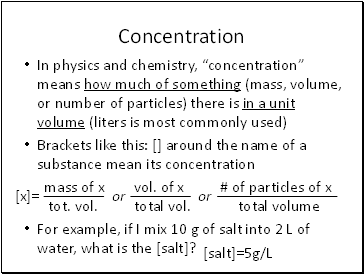 In physics and chemistry, “concentration” means how much of something (mass, volume, or number of particles) there is in a unit volume (liters is most commonly used)

Brackets like this: [] around the name of a substance mean its concentration 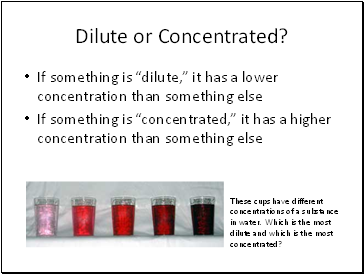 If something is “dilute,” it has a lower concentration than something else

If something is “concentrated,” it has a higher concentration than something else 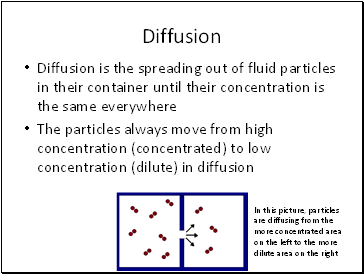 In this picture, particles are diffusing from the more concentrated area on the left to the more dilute area on the right 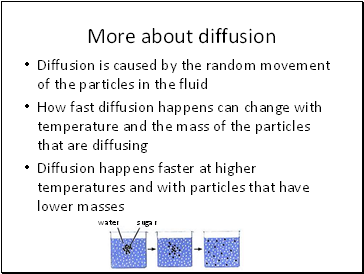