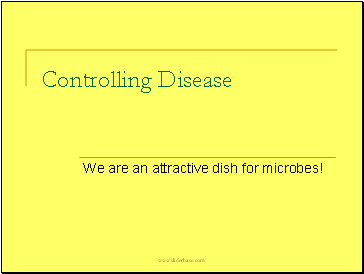 We are an attractive dish for microbes! 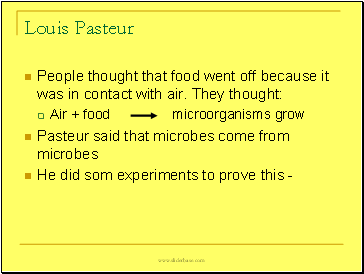 People thought that food went off because it was in contact with air. They thought:

He did som experiments to prove this - 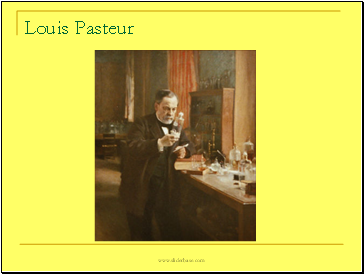 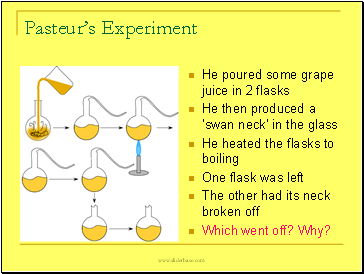 He poured some grape juice in 2 flasks

He then produced a ‘swan neck’ in the glass

He heated the flasks to boiling

One flask was left

The other had its neck broken off

Which went off? Why? 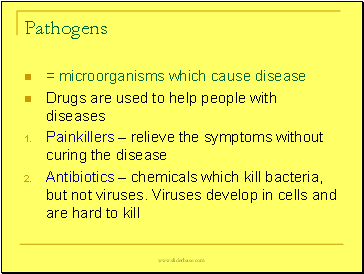 = microorganisms which cause disease

Drugs are used to help people with diseases

Painkillers – relieve the symptoms without curing the disease

Antibiotics – chemicals which kill bacteria, but not viruses. Viruses develop in cells and are hard to kill 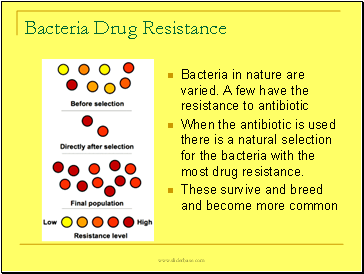 Bacteria in nature are varied. A few have the resistance to antibiotic

When the antibiotic is used there is a natural selection for the bacteria with the most drug resistance.

These survive and breed and become more common 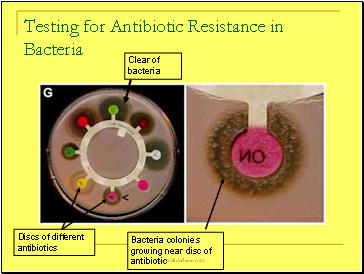 Testing for Antibiotic Resistance in Bacteria 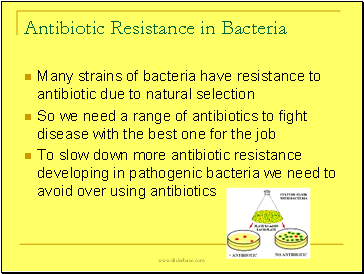