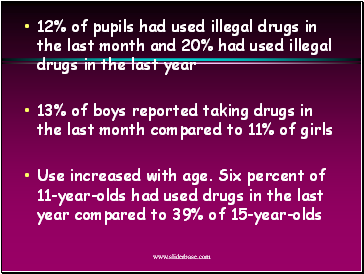 Use increased with age. Six percent of 11-year-olds had used drugs in the last year compared to 39% of 15-year-olds 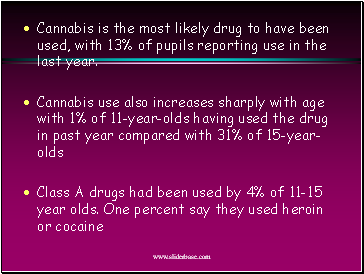 Cannabis is the most likely drug to have been used, with 13% of pupils reporting use in the last year.

Class A drugs had been used by 4% of 11-15 year olds. One percent say they used heroin or cocaine 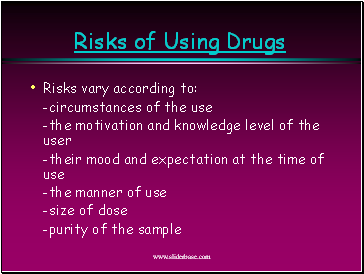 Risks vary according to:

-circumstances of the use

-the motivation and knowledge level of the user

-their mood and expectation at the time of use

-the manner of use

-purity of the sample 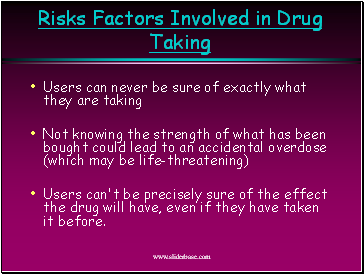 Users can never be sure of exactly what they are taking

Users can't be precisely sure of the effect the drug will have, even if they have taken it before. 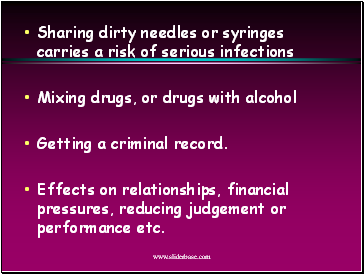 Mixing drugs, or drugs with alcohol

Getting a criminal record. 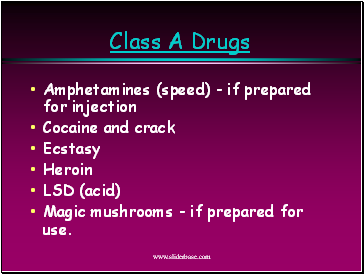 Amphetamines (speed) - if prepared for injection

Magic mushrooms - if prepared for use. 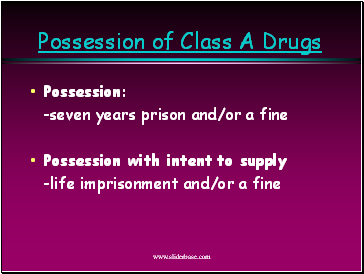 Possession of Class A Drugs

-seven years prison and/or a fine

Possession with intent to supply

-life imprisonment and/or a fine 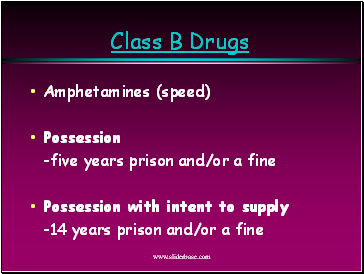 -five years prison and/or a fine

Possession with intent to supply

-14 years prison and/or a fine 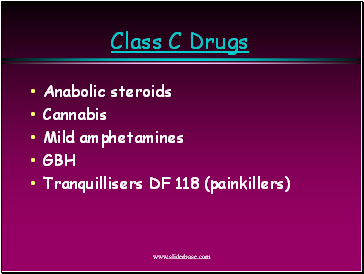